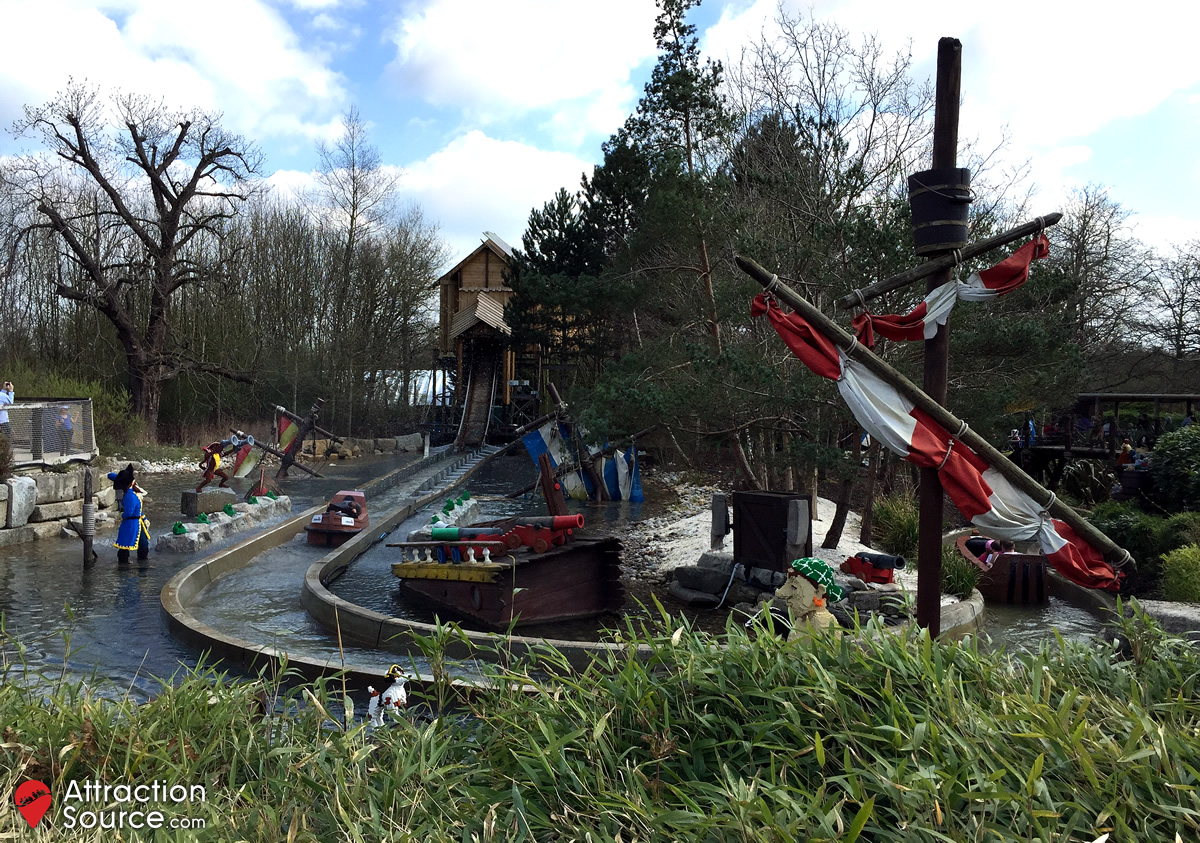 Pirate Shores is home to Pirate Falls: Treasure Quest, a log flume that takes riders on a quest for treasure with Captain Blackheart; Jolly Rocker, a rocking pirate ship which swings high over the shores below and Castaway Camp, a pirate themed adventure playground which is sure to bring endless fun to your budding buccaneers. Also featured in the area is Pirate Goldwash, where visitors can pan for gold and trade their loot for a golden pirate medallion. The area was formerly known as Wild Woods until being rethemed for the 2011 season.

Climb aboard this Zamperla Log Flume ride where guests join Captain Blackheart on his quest for treasure. But be careful, you never know what fate awaits you as you travel down the undiscovered waters. The attraction has seen numerous name changes during its time at the Resort, originally known as Pirate Falls. It was renamed to Pirate Falls: Dynamite Drench in 2010 before receiving another alteration in 2014, where it became Pirate Falls: Treasure Quest.

A Huss swinging pirate ship which swings a lofty 18 metres above the shores below. Seating a maximum of 35 scallywags, we recommend sitting towards the back for a more intense experience.

Explore a pirate play area featuring climbing nets, slides and towers. Join Captain Goodbrick and his crew as they fight to save Castaway Camp.