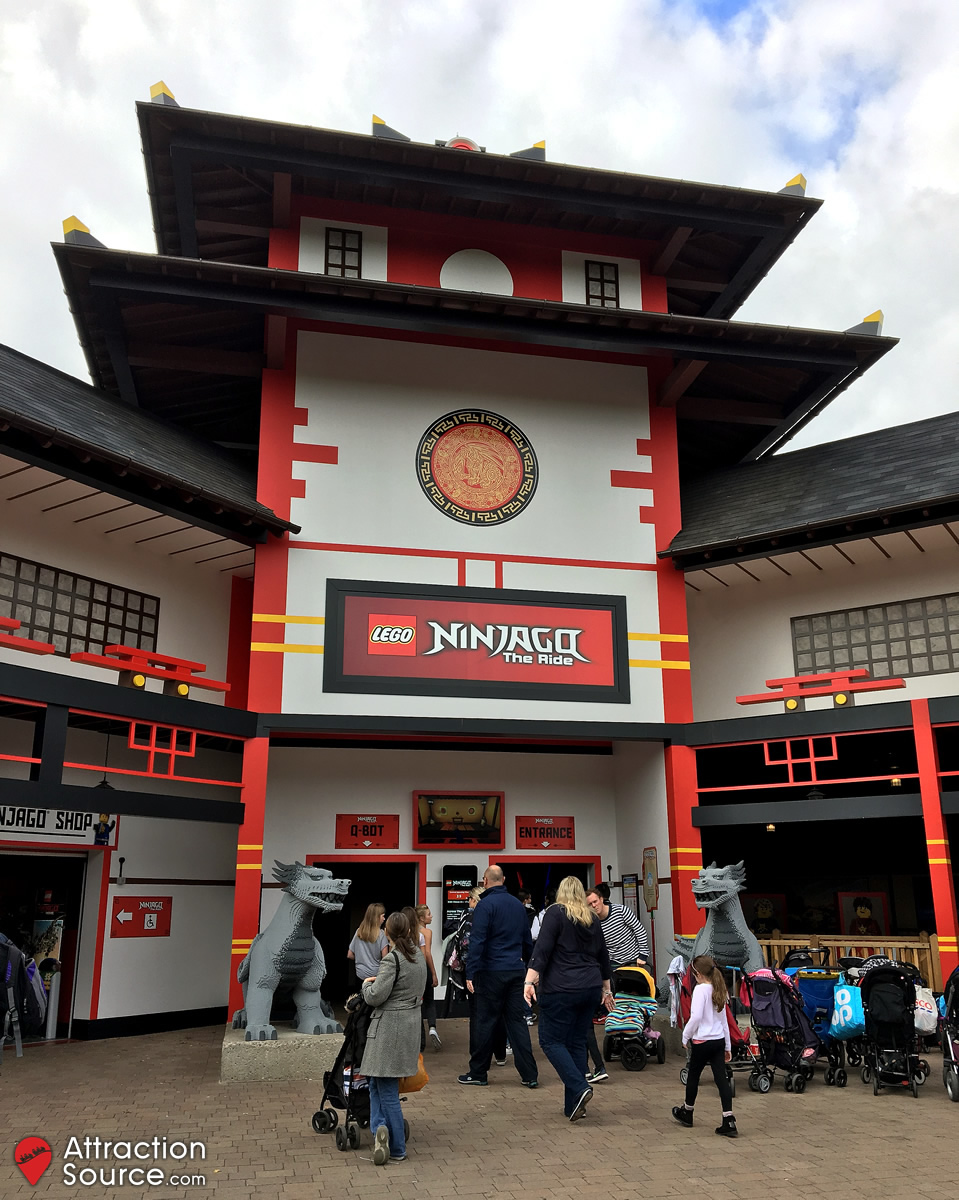 This area is the perfect training ground for guests looking to hone their ninja skills and become masters of Spinjitzu, featuring tests of agility, balance, speed and creativity. The ultimate challenge then awaits in the temple…

This is a 4D interactive family dark ride where guests use their hands to battle through ice, wind and fire with the NINJAGO heroes. During the attraction guests help Kai, Nya, Cole, Zane and Jay battle against snake tribes, skeleton ghosts and King of the Skulkuns, before facing The Great Devourer. The attraction is themed around the popular children’s TV show, NINJAGO: Masters of Spinjitzu.

Embark on a voyage aboard this Rockin’ Tug ride which swings and spins to replicate the turbulence of the seven seas. This attraction originally opened as Longboat Invaders in 2008, located in Land of the Vikings, before being relocated and renamed to Destiny’s Bounty in 2017 when LEGO NINJAGO World opened.