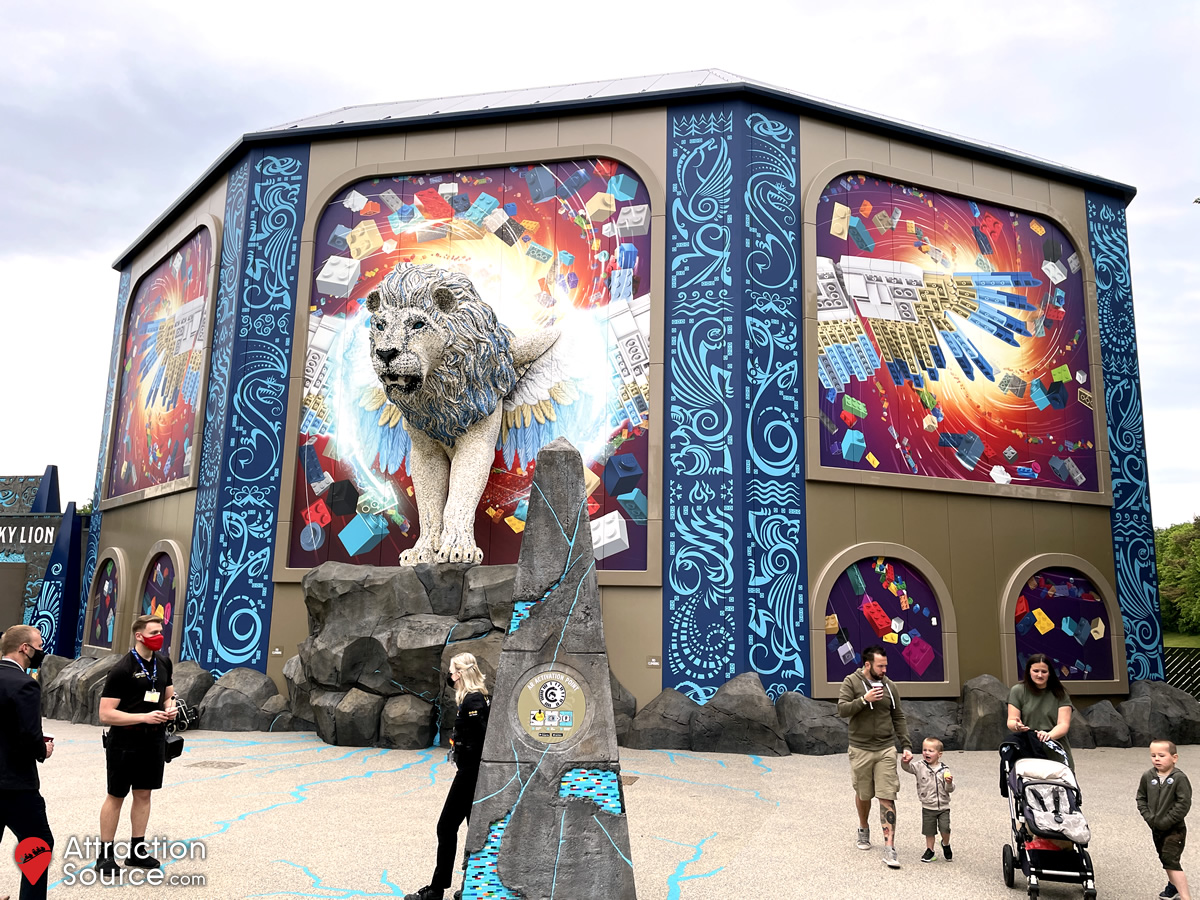 Every time a child builds a LEGO creature, unbeknown to them that creature comes to life in a parallel world that’s full of epic adventures. A portal to that world has been discovered at LEGOLAND Windsor Resort. Will you enter the portal and save their realm?

Flight of the Sky Lion

Flight of the Sky Lion

Prepare to be taken, quite literally, under Maximus the Sky Lion’s wing and transported across the world of LEGO MYTHICA, in the UK’s first flying theatre attraction. As you swoop, duck and dive over the incredible landscape, you’ll come face-to-face with the realm’s many characters, including the two-headed Hydra (Duo), the Fire and Ice Bird (Crystal Flame) and the Greek mythology inspired Chimera creature.

Opened: 2021 | Manufacturer: Brogent Technologies / Vekoma | Height Restriction: 1.0m* | Ride Photos? No | Reserve & Ride? Yes
*Anyone under 1.2m must be accompanied by someone 16 years or over.

Experience weightlessness with Crystal Flame on these two, 13 metre tall spinning drop tower rides, which provide both views of LEGO MYTHICA and thrills for those who are seeking them.

Join Duo on this interactive water ride that sees guests take control of their own vessel as they try to avoid getting a soaking from the water cannons which spectators on-shore can trigger. This attraction features two turntables, each having 6 jet skis attached, which spin around at a thrilling speed, with the steering wheel controlled by guests allowing movement away from and back towards the centre. Originally opening as Wave Surfer, the attraction was renamed S.Q.U.I.D Surfer and slightly rethemed for the 2012 season following the opening of Atlantis Submarine Voyage in 2011, which also featured the Submarine Quest Undersea Investigation Department (S.Q.U.I.D). The attraction was rethemed again when it became part of LEGO MYTHICA in 2021.

This walkthrough attraction extends the world of LEGO MYTHICA, allowing guests to journey into the heart of the land and encounter many of its creatures. After entering via a swirling vortex, guests first find themselves within a mysterious woodland. Bits & Bobs, the friendly baby Alicorn, can be found at the enchanted waterfall, where his reflection transforms before your eyes. But also be careful to watch out for the giant LEGO Venus Fly Traps! Guests will then venture past the electric bats in the Caves of Illumination and approach a large cave surrounded by lava, passing Crystal Claw Crabs and a super-sized LEGO egg or two along the way. Legend has it that a Lava Dragon sleeps soundly inside the mystical cave…