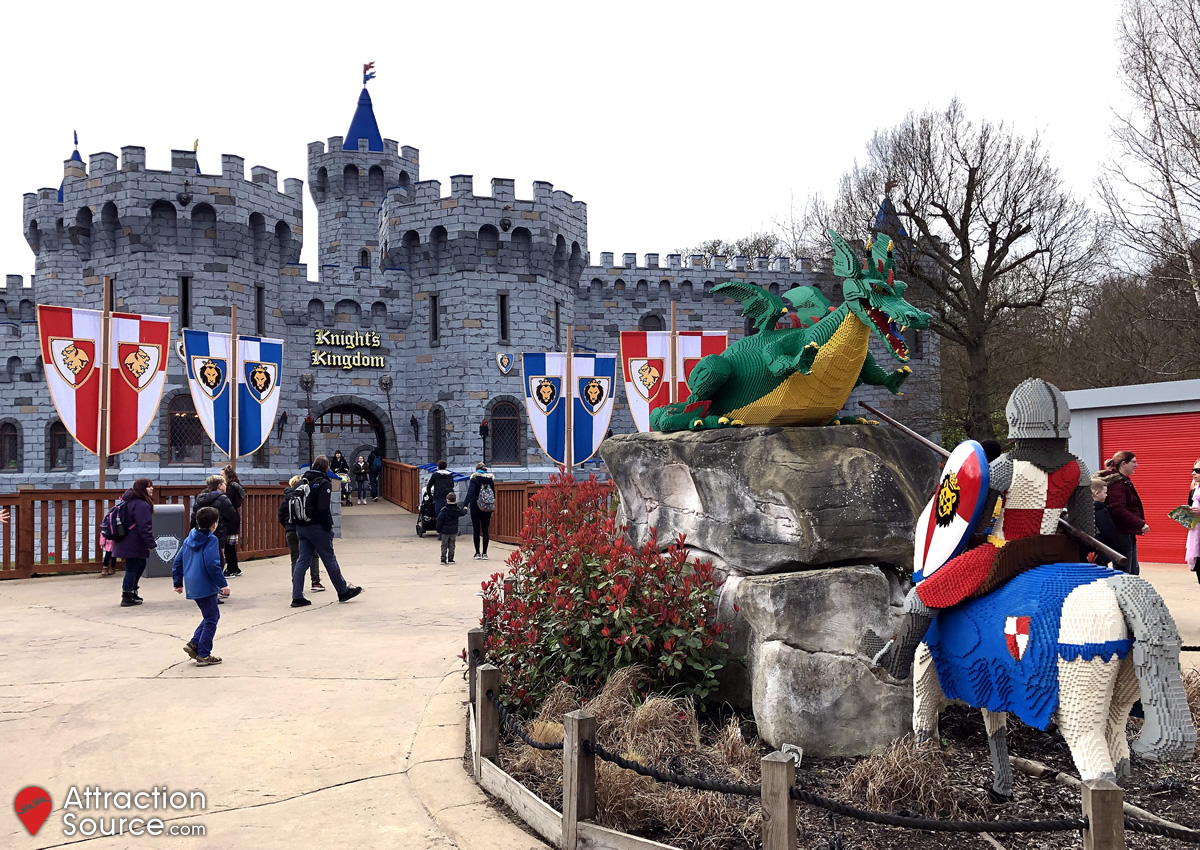 Explore this medieval kingdom which is home to knights, wizards and even dragons, along with plenty of thrilling fun of course!

The bravest knights and princesses can take a ride upon the back of a dragon, on a journey which takes guests through the kingdom’s castle before heading outside to swoop amongst the trees. Watch out though for the red dragon which you might encounter along the way…

Opened: 1998 | Manufacturer: WGH Transportation | Height Restriction: 1.0m* | Ride Photos? Yes | Reserve & Ride? Yes
*Anyone under 1.3m must be accompanied by someone 16 years or over.

For guests not yet ready to tackle the thrills of the fully-grown Dragon, this smaller rollercoaster still provides an opportunity to enjoy some more measured thrills. As a bonus, The Dragon’s Apprentice also takes two laps of its track!

Opened: 1999 | Manufacturer: WGH Transportation | Height Restriction: 0.9m* | Ride Photos? Yes | Reserve & Ride? Yes
*Anyone under 1.3m must be accompanied by someone 16 years or over.

This carousel-type ride makes for a dizzying challenge as it spins guests round-and-round along an undulating track which also causes the carriages to bob up and down. The attraction originally opened as Dino Dipper in 2005, located in Adventure Land, however it was moved to make way for Atlantis Submarine Voyage, reopening in Knights’ Kingdom during the 2011 season (then with the name Knights’ Quest).