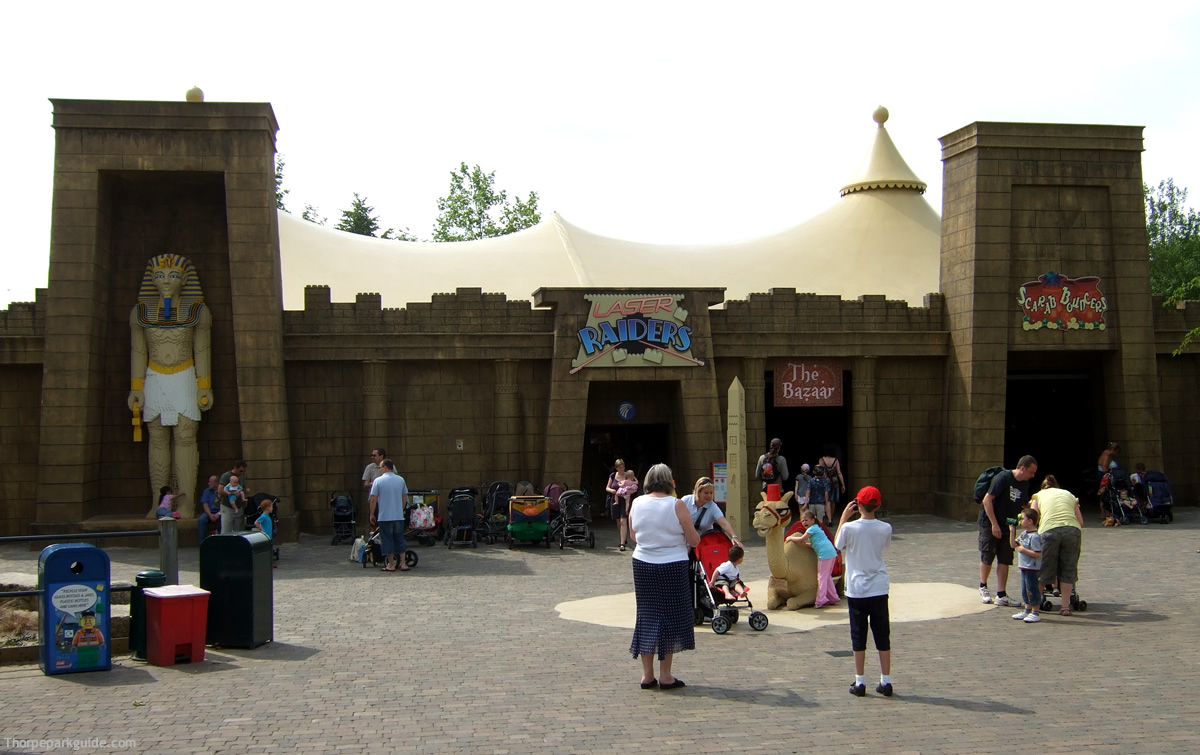 Kingdom of the Pharaohs

Embark on an expedition to Egypt for an exciting exploration of ancient tombs and market stalls.

Kingdom of the Pharaohs Games

Enter the Ancient Temple of Ra with Johnny Thunder to rescue Miss Pippin Read and the tomb’s treasure from the clutches of Sam Sinister. Seated in small buggies, guests are given the opportunity to wield laser pistols to protect the artefacts as they evade various booby traps, mummies, and at one point, a hilarious skeleton band.

Opened: 2009 | Manufacturer: Sally Corporation | Height Restriction: N/A* | Ride Photos? Yes | Reserve & Ride? Yes
*Anyone under 1.3m must be accompanied by someone 16 years or over.

This frog-hopper drop tower may look small, but this obelisk packs a serious punch for younger adventurers.

Enjoy a swinging sensation on this miniature chairswing as you soar above the dusty desert, which opened alongside the park in 1996 as Brickadilly’s Chair-O-Plane.