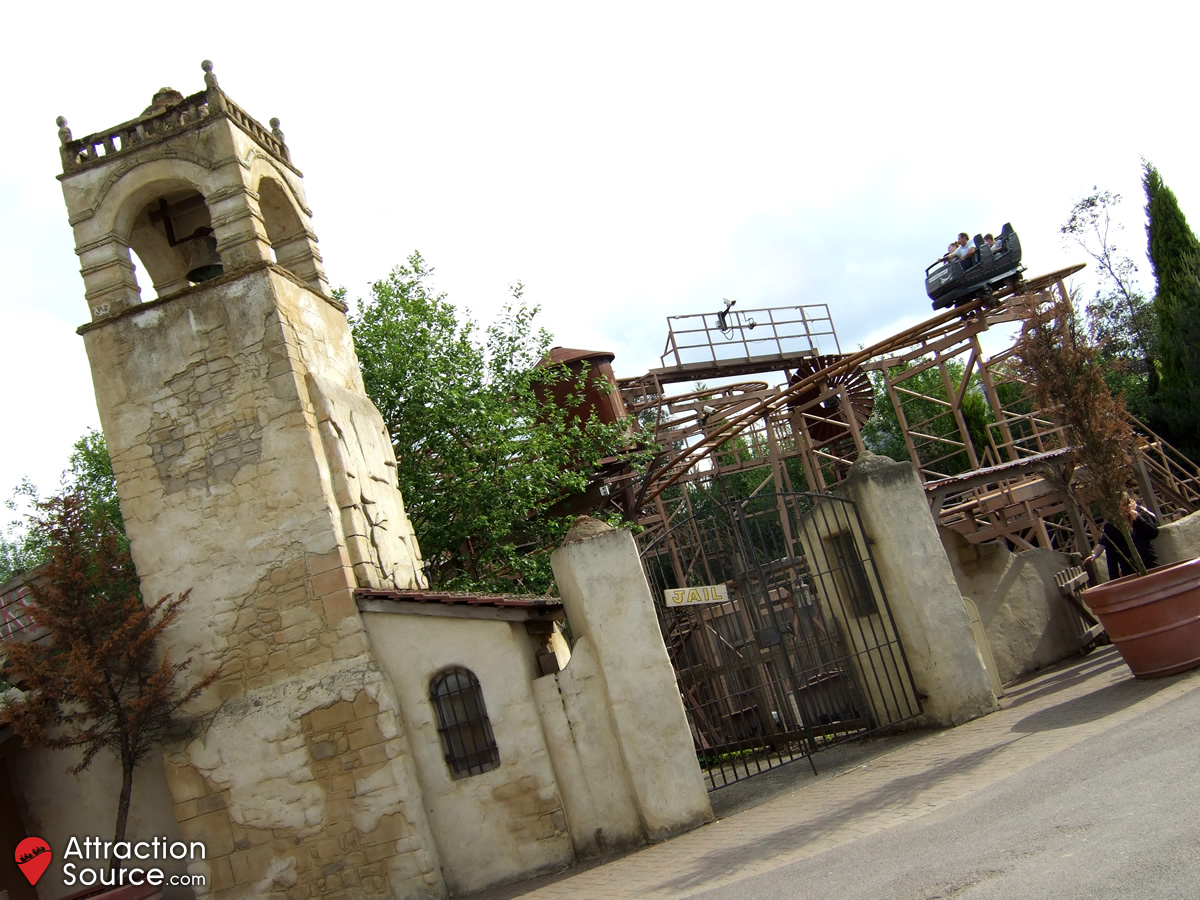 With store fronts from the wild west, an abandoned mine and a shooting gallery, Mexicana is home to a dangerous mix of rattlesnakes, bandits and even a giant scorpion.

After an explosion destroyed the former gold mine leading the town to be overrun by scorpions, what was formerly the Runaway Mine Train became Scorpion Express, a fun powered family coaster. Guarded by a giant mechanical scorpion, riders make their way into the old mine passing by the many scorpions that have infested the area, towards the station platform. With the site still being unstable, frequent explosions and balls of flames rise from the remaining machinery, whilst the giant scorpion will spray guests with water. Aboard the train, guests take at least two circuits on the figure-of-eight layout, passing by machinery, rocks, and the giant mechanical scorpion.

Located in an infested sunken mine, Rattlesnake invites guests to board four-seater mine carts and is one of the park’s most wild roller coasters. With the queue line descending into the dugout mine, used in equal parts to form an immersive environment and to ensure the ride remains below tree level, guests walk under and between the track as carts rattle past at speed. On-board, this wild mouse style roller coaster begins by quickly climbing the lift hill, before travelling back and forth along its highest point, with sharp unbanked u-turns causing riders to be thrown side-to-side. The ride then picks up speed on sharp and sudden drops, hills, turns and brake runs, before arriving back at the station. Being one of the most extreme rides at Chessington, riders will really need to hold on for its duration.

12193 false false false
Page load link
Manage Cookie Consent
To provide the best experiences, we use technologies like cookies to store and/or access device information. Consenting to these technologies will allow us to process data such as browsing behaviour or unique IDs on this site. Not consenting or withdrawing consent, may adversely affect certain features and functions.
Manage options Manage services Manage vendors Read more about these purposes
View preferences
{title} {title} {title}
Go to Top