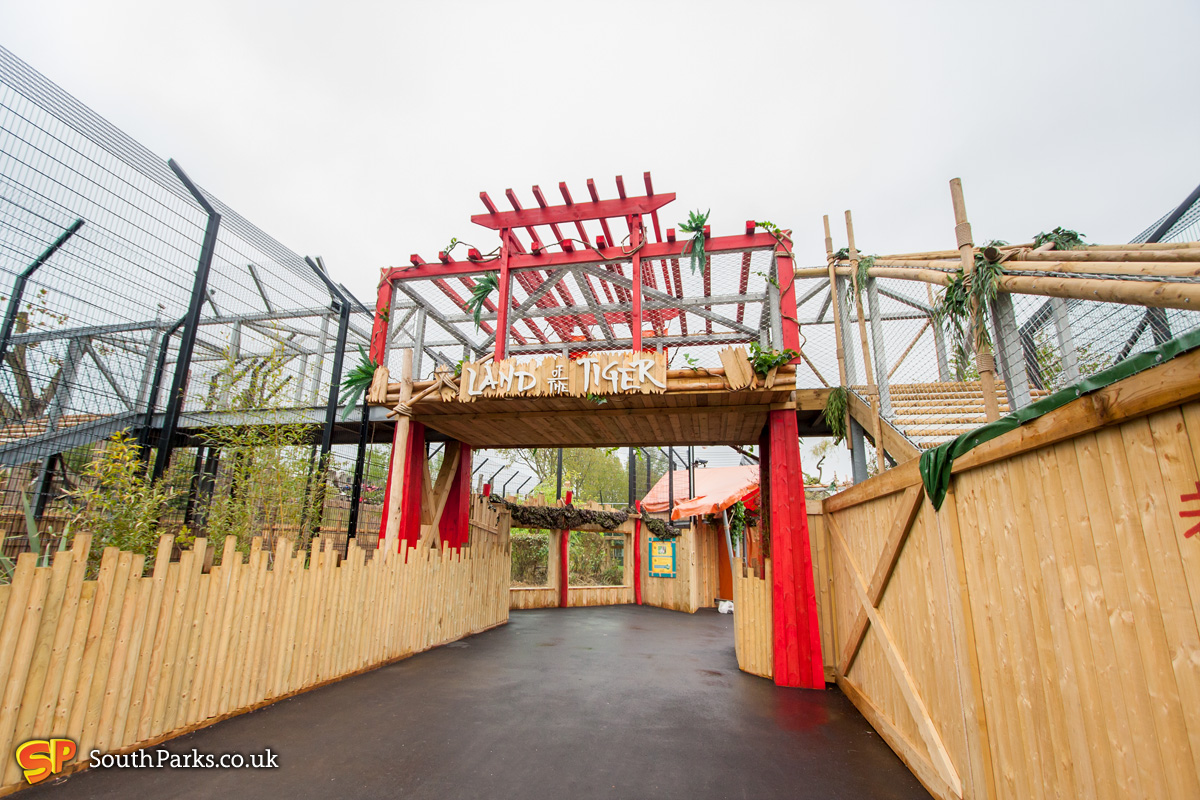 Land of the Tiger

Land of the Tiger includes an expansive tiger paddock that interacts with walkways, allowing guests to walk side by side with the land’s resident Amur tigers. Tiger Rock, the classic log flume, also provides its riders with excellent viewing opportunities as part of the adventure.

With boats passing through the eponymous giant stone tiger head at the end of the drop, Tiger Rock is the latest incarnation of Chessington’s log flume that has been at the park since 1987. Exiting out of the traditional far eastern themed station, boats take a steady course past the queue line, and underneath an ornate bridge, before arriving at the first small lift hill and drop. With a height barely 3 times the length of a boat, the first hill drops guests into a dark cavern where a brief animation plays on the walls, before exiting back out into daylight and traversing faster water alongside the tiger enclosure, where the tigers have been known to stalk boats as they pass. Riders then swing around and begin the long climb to a height of 50ft. With boats making a long, slow 180° turn to the right at the top, guests can enjoy a great view across the park, and as far as the central London skyline in the distance. The calmness of this section of the ride is interrupted by a brief lift and then long drop, past the on-ride photo, through the giant tiger sculpture, and into a giant splash. The boats then take the final few turns before arriving back at the station.