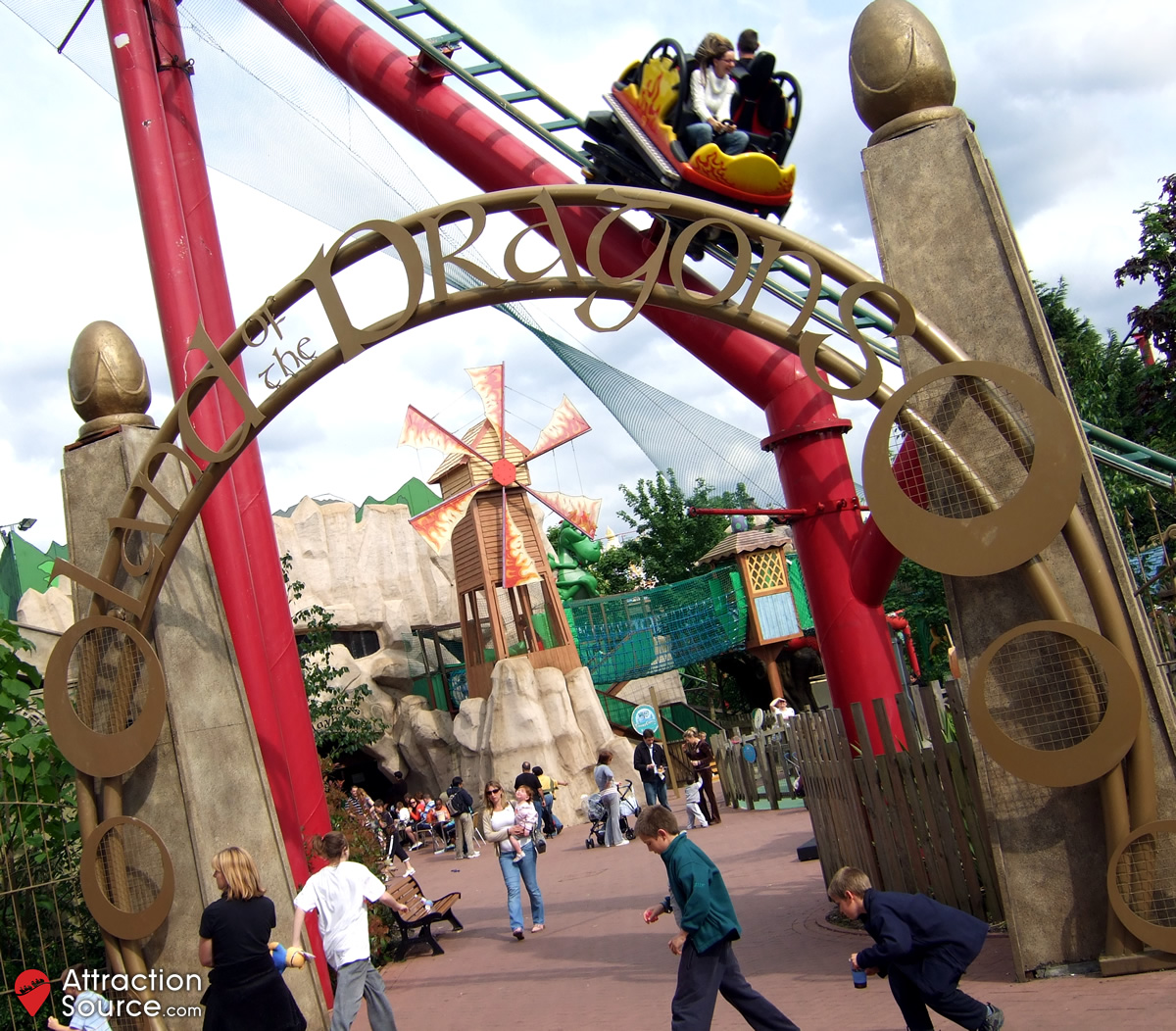 Land of the Dragons

Surrounded by the track of Dragon’s Fury, Land of the Dragons is a colourful land that mixes high thrills with gentler attractions.

A fast and free-spinning roller coaster, Dragon’s Fury winds its way around the perimeter of Land of the Dragons, giving bystanders many great viewing opportunities. In a four-seater car, two riders face forwards, two backwards, as the ride exits the station and up the first lift hill. At the top, the rotation of the car is unlocked, allowing riders to begin freely spinning on their way down the steep first drop, past the on-ride photo point and up into a near 90 degree banked turn. The ride then twists around the outside of the gentler rides in Land of the Dragon’s, often leaving guests disoriented as to where they are and where they are heading. Continuing up a second lift hill, the train then makes its way quickly back towards the station area, with sudden drops and twists, before hitting the brake run and returning the train to its locked position just before entering the station.