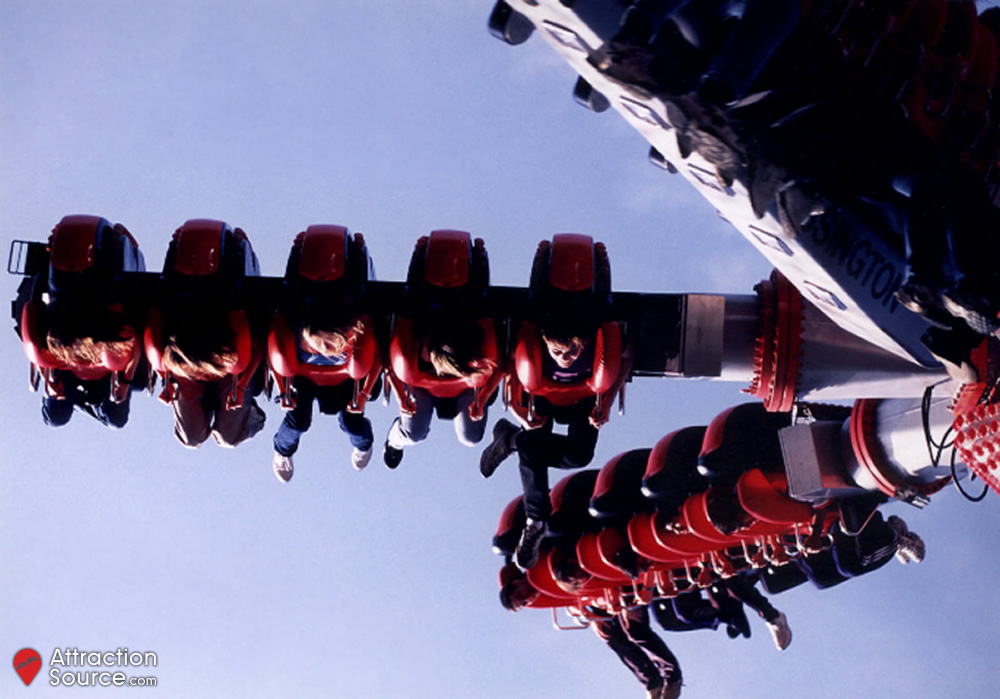 In 1998, Chessington’s original thrill ride, Magic Carpet, was coming to the end of its serviceable life. Rameses Revenge had set the benchmark for thrills a couple of years earlier, so the park wanted to follow up with another attraction that was equally as exciting but different from the Huss Topspin model. Chessington turned to ride manufacturer Mondial and were one of the first parks to install a permanent version of the fantastic Topscan ride that had toured many popular European fairs.

Opening in 1999, Samurai instantly became a huge success, thrilling its riders with high speed turns and inversions in multiple directions. The year before, Chessington’s parent company, The Tussauds Group, purchased nearby Thorpe Park and subsequently changed the target market for each attraction. As Chessington’s planning restrictions prevented development over tree height, Thorpe Park was chosen as the destination for thrills, and Chessington repurposed as a family and wildlife park. As Samurai provided intense thrills, The Tussauds Group believed the ride would be more suited to Thorpe Park’s new target market, so was relocated there after just five seasons at Chessington.

These photos remind us of Samurai’s time in Mystic East at Chessington.

Taken in winter 2003, the following photos show the ride in the deconstruction process. Although the park had you believe Samurai was a permanent looking addition, you will notice that the seating pods were removed, and then the pillar, arm and cross fold down neatly on to a trailer that was concealed under the loading platform. Accompanied by another trailer which stored the seating pods, the convoy then travelled to Mondial in Holland for its refurbishment, before returning the UK and its new home at Thorpe Park.

Watch the original Samurai TV adverts shown during the 1999 season. Which now famous actor can you recognise?

Explore Samurai at Thorpe Park in our Resort Guide.