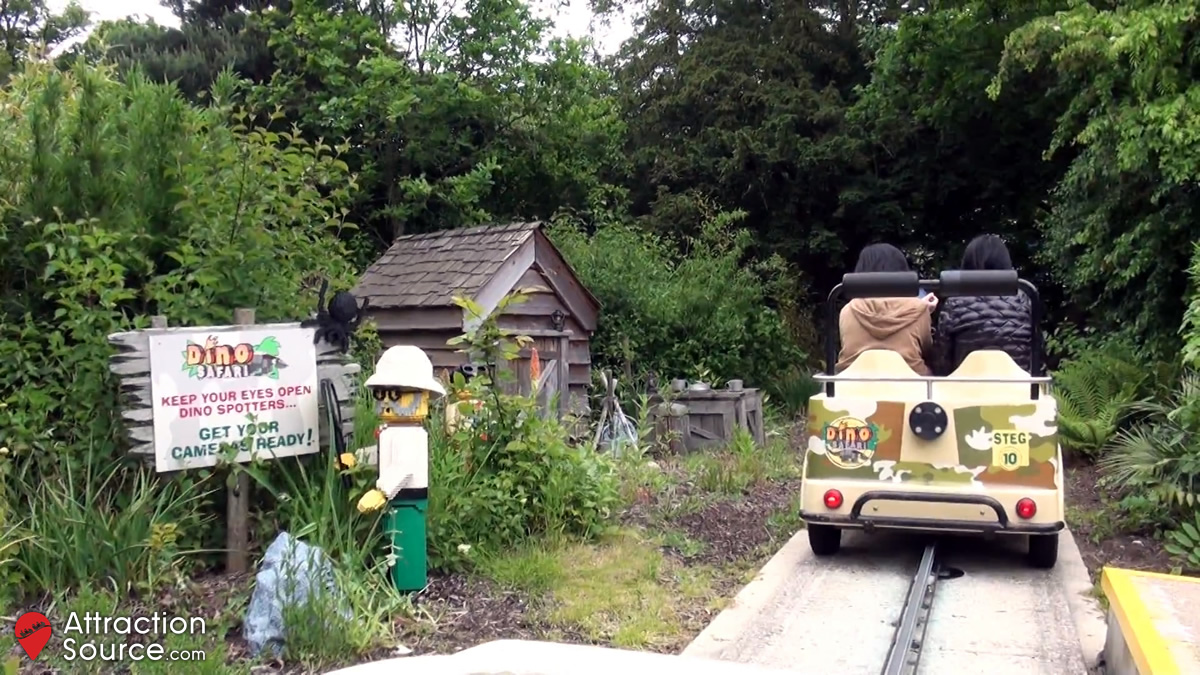 We haven’t forgotten about the many rides & attractions that have left the theme park, whether to make space for new developments or because of planning restrictions. Remind yourself of what once resided at the resort, for some Legoland Windsor nostalgia.

Originally opening as Atlantis Submarine Voyage, this immersive underwater attraction was renamed Deep Sea Adventure in 2020 and now resides in Lego City instead of Adventure Land. The ride’s nautical theme was changed to a style which mirrors that of its counterpart at Legoland California.

Alongside Dino Safari, the Mack Rides ‘Old Train’ Dino Dipper opened in a new section of the park which expanded Adventure Land to complete a circle around the lake. The ride closed at the end of the 2010 season to make way for Atlantis Submarine Adventure, and since reopened in 2011 as Merlin’s Quest in Knights’ Kingdom.

A quaint jeep safari ride featuring tropical foliage, life-sized Lego dinosaur models, lost ruins, a volcano and man-eating plants. The attraction was removed at the end of the 2015 season for the introduction of the Castle Hotel.

Opening with the park in 1996 and originally called The Amazing Mazes, there were three mazes in total, consisting of The Celtic Maze, The Tudor Maze and The Nautical Maze. In 2007, Viking River Splash was built on part of the land, leaving just The Tudor Maze which was renamed Loki’s Labyrinth to fit in with the new area. 2017 brought its closure to make way for Ninjago World.

The Nordic themed Zamperla Rocking Tug ran from 2008 to 2016 in Land of the Vikings, before being relocated and renamed in 2017 as Destiny’s Bounty to complement the opening of Ninjago World.

A simple interactive tower ride where guests could pull themselves up to the top, and then let go of the rope before experiencing a fun, controlled drop.

Featuring in most Legoland parks around the world, this Zierer Jet Ski ride originally opened as Wave Surfer before being rebranded as S.Q.U.I.D Surfer for the 2012 season, and then again as Hydra’s Challenge as part of the introduction of Mythica: Land of Mythical Creatures in 2021.