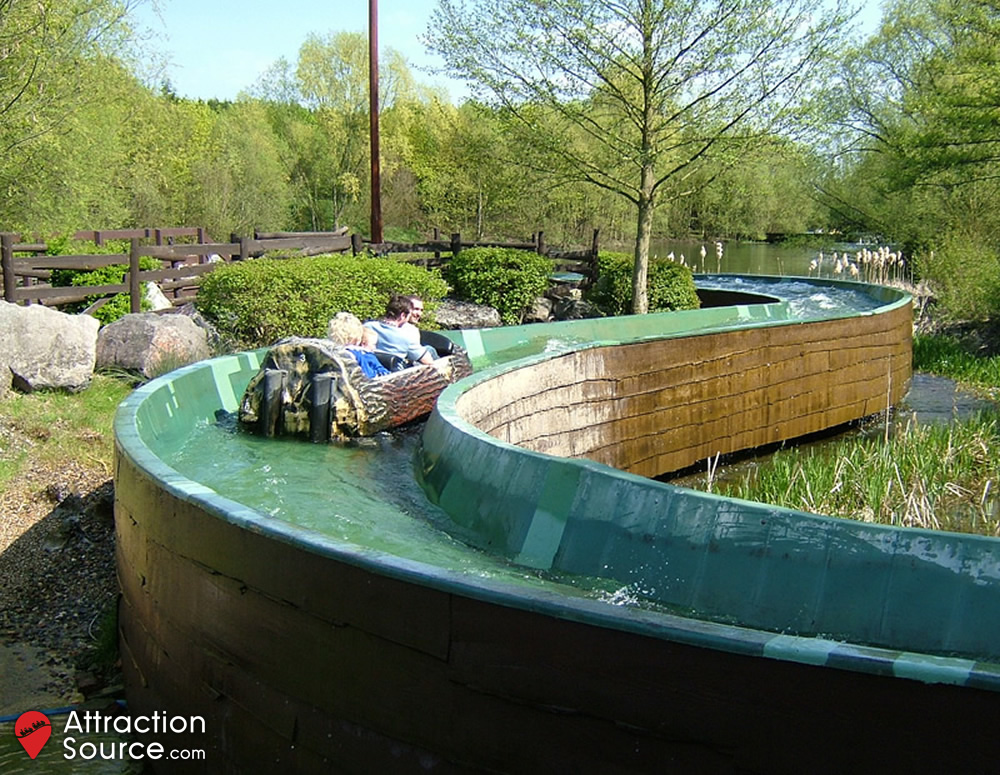 Opening with the Canada Creek area in 1989, Logger’s Leap was a log flume designed by Mack Rides, and was one of the flagship attractions that put Thorpe Park on the map.

The ride was themed after a traditional Canadian saw mill and lumber flume, and would feature an old western soundtrack with announcements that prepared guests for the ‘wildest ride in the wilderness’. With a layout not too dissimilar to Chessington’s version, Logger’s Leap consisted of a winding flume around a portion of Abbey Lake that featured an enclosed drop in the dark, some nice interaction with Canada Creek Railway, and a large double drop and splash down finale.

The years were not kind to Logger’s Leap, and taking in to account the park’s inability to keep the ride maintained, it started to look worse for wear in the final few years. The roof over the first drop was removed in 2013 due to poor structural maintenance, and many of the boats started to leak, causing guests feet to become soaked. The ride closed at the end of the 2015 season, and despite Thorpe Park’s claims that the ride may ‘splash again’, it took until 2019 for the park to announce its permanent closure.

With its universally appealing theme, relatively low rider height restriction and a high throughput of over 1200 people per hour, Logger’s Leap firmly remained a thrilling attraction for all the family for 26 years. Princess Diana, Prince William and Prince Harry visited the park in 1993 and mentioned that the ride was one of their favourites, which is shown by their happy faces in the photograph below. A memorial plaque for Princess Diana was placed in one of the viewing areas of the ride.