LEGOLAND Windsor Resort have submitted an application for a Lawful Development Certificate for the installation of a new duelling family shuttle coaster.

The proposed development will be located to the west of Duplo Valley and to the east of the Mansion House, on the site of the former Raft Racers attraction which has remained SBNO (Standing But Not Operating) throughout 2022. The plans show that there will be two separate shuttle coaster tracks, with layouts that broadly mirror one another. Alongside the rollercoasters, the application also encompasses additional elements that includes a loading platform, operators cabin, queue line and perimeter fencing. It appears as though the queue line entrance will be located roughly where the entrance to the former disabled queue line for Raft Racers was situated. This is within the Imagination area of the theme park, which currently includes Sky Rider and other attractions. As a result, this could mean that this area is due to be refreshed alongside the installation of the duelling coaster. The station platform, which is shown to be uncovered, will be located in a similar location to the that of Raft Racers’ loading point. A lift will be installed to provide access to guests with reduced mobility to and from station platform level. The exit walkway from the station appears to end in a similar location to where Raft Racers’ main entrance could be found.

It is expected that the two rollercoaster trains will ascend backwards up the lift hills at the rear of the station, before being released in unison to travel through the layout. This will see them first travel at speed back through the station, underneath the operators cabin, and further down the hill towards Duplo Valley. After completing a three-quarter helix, the trains will then find themselves heading towards each other, over shallow hills, before then completing two swooping turns, which will provide another duelling moment. Guests will then ascend hills that sit parallel to the initial lift hills. It is not evident if it will be left to gravity to return the trains backwards through the track, or if these hills will also manually raise the trains to their peak before again simultaneously releasing them. With them being of exactly the same profile as the initial lift hills, this would lend themselves to the latter. A plant room is indicated to sit below the station platform, and, as well as the rollercoaster control systems, is also shown to house two AV units. This could suggest that both audio and lighting elements could feature around the rollercoasters’ circuits to enhance the ride experience.

The maximum height of the proposed ride will be approximately 10.8m above ground level. The elevation plans show that this measurement corresponds to the height from the handrails at the top of the lift hills (the highest point of the track) to the ground directly below this area. Therefore the actual overall elevation change between the highest and lowest points of the track will be greater than this, looking closer to around 18m, given that the development will be located on the bank of a hill. Similarities have been drawn with Tweestryd, a set of twin family boomerang coasters manufactured by Vekoma, located at Wildlands Adventure Zoo in the Netherlands. However, the proposed layout of LEGOLAND Windsor’s coasters does clearly differ, and the track type shown on the plans looks more akin to something manufactured by Zierer, although this appearance could only be indicative and not reflect the final manufacturer.

The Resort and its planners (Lichfields) have put forward the case that this attraction constitutes Permitted Development, which was the same argument used most recently to add Duplo Dino Coaster in 2020 and relocate Longboat Invader to LEGO Ninjago World in 2017 (which saw it renamed and rethemed to Destiny’s Bounty). This is considered to apply since the proposed rollercoaster falls within the accepted and established definition of ‘plant and machinery’, is less than 25m in height, and has been provided with the intention of entertaining the public within the amusement park.

This application follows the Resort first revealing at a local town forum event earlier this year that they had plans to open a new rollercoaster in the coming few years. No timeline for constructing and opening the new attraction has been given in this latest application, but with the Resort stating that they were looking to open phase 1 of the Holiday Village by the end of 2024 at the same local event, it seems plausible that this could also within that same timeframe. This is supported by the drawing numbers of all plans submitted as part of the application starting with ‘LL24’, which could reflect that a 2024 opening is being targeted. Earlier in the summer, the Resort also submitted an application to add an Adventure Golf attraction, with this still awaiting a final decision.

What do you make of these proposals? Are you excited to see LEGOLAND Windsor adding a new rollercoaster attraction? Let us know your thoughts via the Attraction Source social media channels. 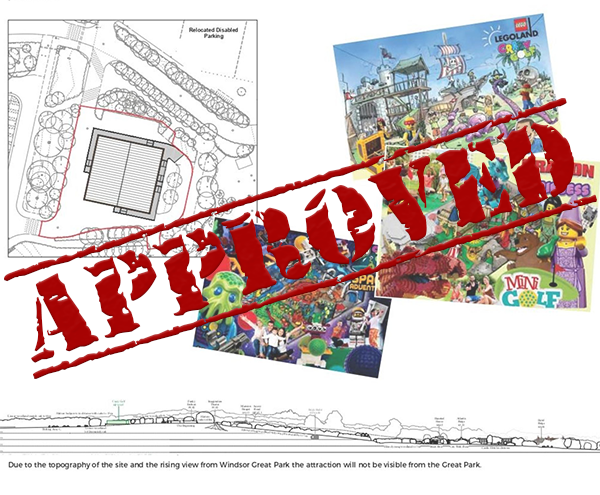 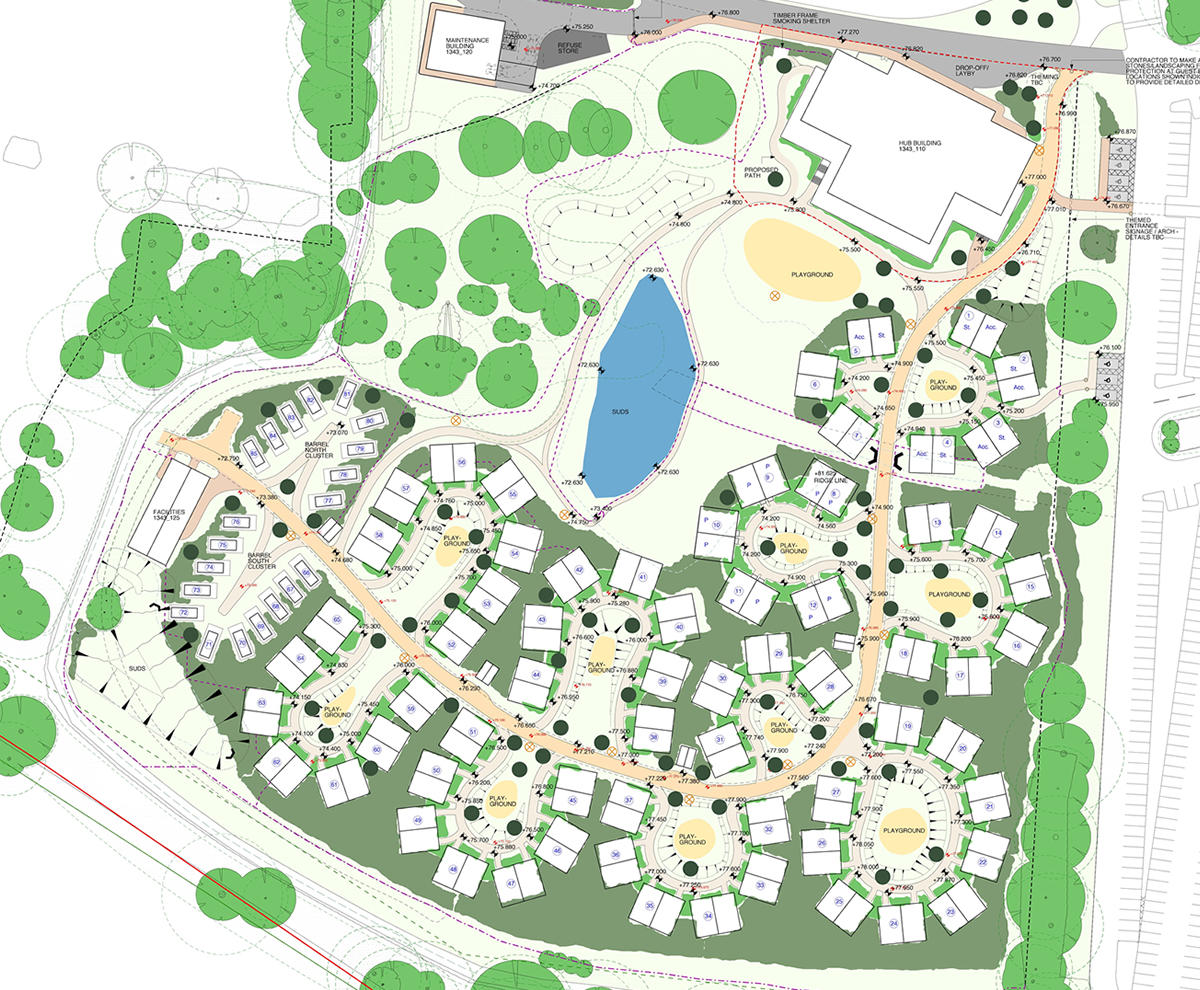 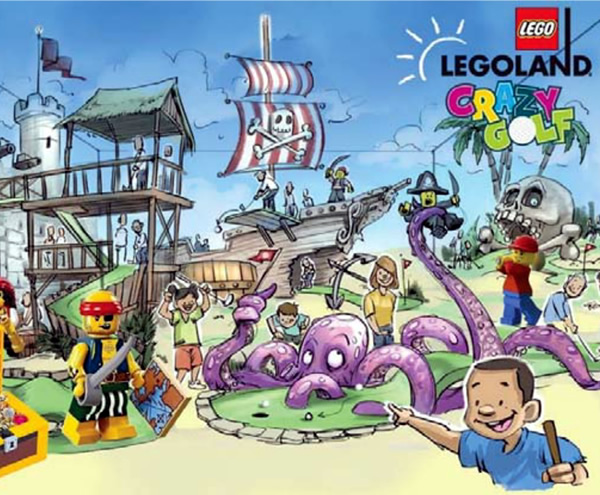 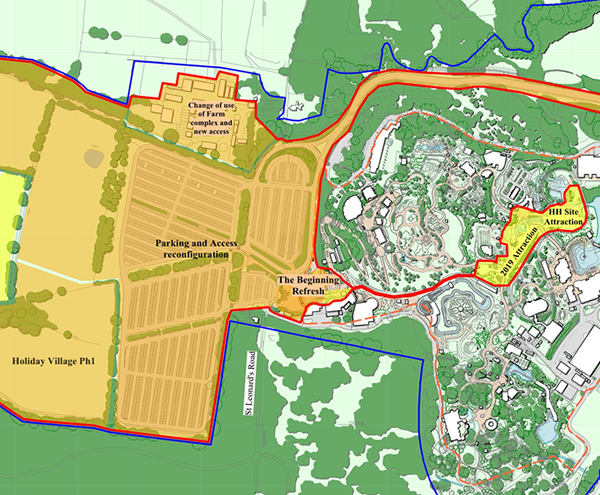