It has been a busy couple of months for the team at London Entertainment Paramount Resort with the completion of the final phase of public consultations and further steps being taken towards the project becoming a reality. We take a look at the latest information surrounding the London Paramount project.

In an important move, the Resort has taken an important step forward with the announcement that Teal Energy have announced the withdrawal of their plans for a waste to energy scheme. The proposed power plant which would have generated energy from non-recyclable waste for 45, 000 homes, and had been granted planning permission, will now seek an alternative site after an agreement was reached between Teal Energy and London Resort Company Holdings (the company behind the London Paramount project). The deal means that a public inquiry due into the decision to allow the plant to be built will now be scrapped. Plans for the power plant had been widely opposed by both residents and businesses. Had it gone ahead, Teal Energy’s plans would have posed a significant obstacle for London Paramount as it would have been situated on key land required for the Entertainment Resort.

Perhaps the most significant recent development has been the acquisition of Bamber Pit and Sports Ground in Swanscombe. A former landfill site, the plot of land comprises 8.96 acres and is located to the south of the North Kent Railway Line. In addition, the sports ground located to the north of the railway line adds a further 9.28 acres of land bring the total acreage of land acquired to 18.24 acres. This latest agreement is the first time London Paramount have purchased a section of the required land for the project outright and represents a significant step forward. It follows on from the previously negotiated option agreement reached with Lafarge Tarmac which would see the London Paramount team purchase a large proportion of the required land should planning permission be granted for the project next year.

Speaking about the acquisition, David Testa, on behalf of London Paramount, said:

“With this agreement in place, the vision for North Kent as the home of a nationally significant, multi-billion pound Entertainment Resort employing thousands of people is moving another step closer to becoming a reality. It further underlies our commitment to delivering the project and is welcome news as we continue to consult and engage with the local Dartford and Gravesham communities near the site and more widely with our interested parties.” 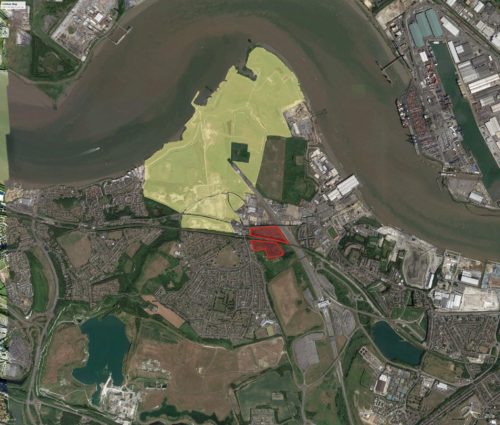 These latest developments follow the completion of the fourth and final stage of public consultation on the project which saw events held across the Dartford and Gravesham area. Responses from those attending the consultations were extremely positive with 83% of those responding either approving or strongly approving of the mix of attractions proposed. With transport having been a key feature of the consultations throughout the year long process, the developers were keen to get views on both the proposed access options and the use of sustainable modes of transport. Whilst many people did not express a strong view on a preferred access option, a large number of people commented that they felt it was important that traffic going to the resort was separated from other traffic as early as possible to minimise pressure and congestion on the existing network. The proposed use of the River Thames both during construction and once the resort was open was also praised. Although there was overall approval of the use of walking and cycle routes, there was also comments regarding further use of river links including the Thames Clipper, along with some concerns that in some cases by encouraging people to walk, visitors may park in local roads instead of at the resort. Accessibility inside the resort was also raised as a key topic with those responding wanting it to be as easy as possible to move around the resort for disabled visitors as well as the provision of rides and attractions – including stay-in-wheelchair rides. When asked if they thought the project would benefit the local area, 77% of people responded positively citing the boosts to local employment and tourism as just some of the reasons. 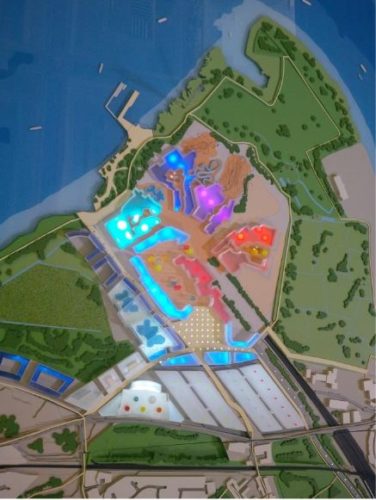 Final preparations will now be made for the planning application to be submitted to the secretary of state this autumn, with a final decision on the project expected in autumn 2016.

Are you keen to see London Paramount become a reality? What would you like to see within the entertainment resort? Discuss your thoughts over on the Attraction Source Forum. As things continue to develop with this exciting project, we’ll continue to bring you all the latest.