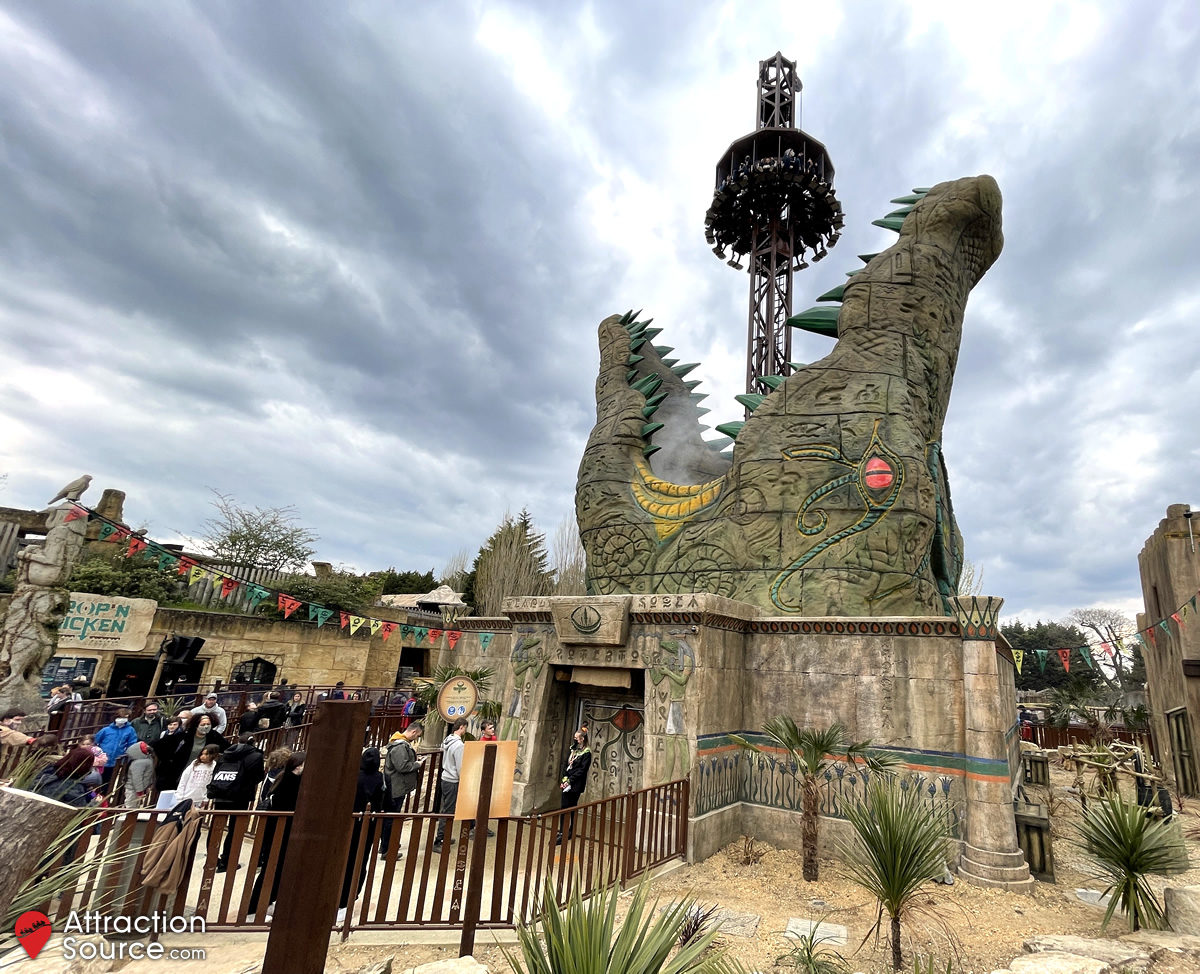 Themed around Egyptian ruins, Forbidden Kingdom is home to Tomb Blaster, a mission to battle an ancient curse, and Croc Drop, a thrilling and fun drop tower where guests dangle in between a crocodile’s mouth.

With the once fertile Nile laying stagnant, riders must take part in a ceremony to banish the evil spirits from Sobek by plunging 25m into the crocodile’s soul. Croc Drop provides a thrilling but fun dropping sensation, with floater airtime at the highest points. A commanding view of the park is provided at the top of the tower, along with a near-miss feeling when plunging into the Sobek’s giant jaws. The ride experience is further enhanced by a show sequence that features flashing lights, smoke effects, and an intense chanting soundtrack encouraging guests to “brave the drop, release the curse”.

An interactive dark ride, Tomb Blaster challenges guests on a mission to battle an ancient curse. Sitting aboard long trains, with carriages that rotate to view the various scenes, riders use the provided laser blasters to shoot at illuminated targets within the ride. Guests must do their best to avoid or shoot at snakes, ghostly assassins and ancient monsters. The scenes were originally designed for the previous version of the ride, Terror Tomb, which told the story of a tour guide called Abdab who was attempting to steal the ancient jewels from the tomb.

Opened: 2002 | Manufacturer: Mack Rides | Height Restriction: N/A* | Ride Photos? No | Fastrack? Yes
*Anyone under 1.1m must be accompanied by someone 16 years or over.