Follow Chessington’s journey from zoological gardens to today’s World of Adventures, dating back almost a century!

During 1930, entrepreneur, Reginald S Goddard, a flight lieutenant in the Great War, decided to embark on a new venture in his life. He was the managing director of his family’s Battersea-based slate and slab firm, specialising in in producing slate billiard tables, but also worked for some years in insurance after leaving school at Ongar, Essex.

R S Goddard opened up a chain of billiard halls around London and one was apparently leased to a pet shop which stocked out of the ordinary species that attracted much public interest. The knowledge that there could be a good living to be made by exhibiting animals stemmed from this business deal with the pet store. Mr Goddard thought about starting up a zoo, and on a drive from Kingston to Leatherhead, spotted land for sale in Chessington. The zoo’s history is now summarized in the following brief chronology.

1936: Advert tells of animals and their names – Joey the monkey in a circus on a tightrope, Teddy bear, lions, cubs, elephants, tigers, leopards, hyenas, bears tea party and many more. The zoo had over 200,000 visitors during the season.

1939: Government restrictions at start of war lead to the temporary closure of zoo, as part of a programme preventing large crowds forming at entertainment venues during wartime.

1944: During the war years, three people were killed, and 21 bombs fell on the grounds. A doodlebug exploded in a tree above Jack, the polar bears cage. He was thrust against the side of the cage by the blast and lay silent for days, but amazingly recovered. A penguin enclosure was destroyed, and an ostrich’s leg was severed and flung 30ft; the animal was sadly put down. A monkey cage was also blown apart, allowing the animals to escape before recapture shortly after. 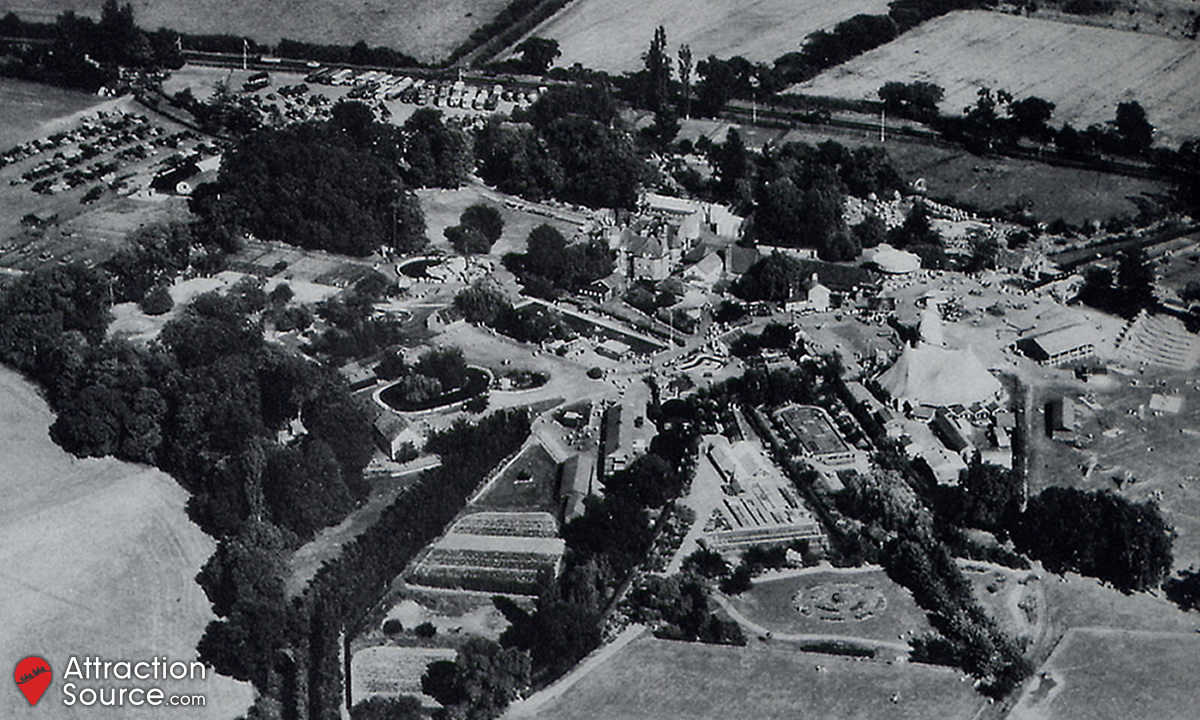 1953: The roaring of lions could be heard at night as far away as Clayton Road, Hook. Increasing traffic in the later years muffled their cries.

1962-3: Giraffes join zoo collection this year. A Chessington hybrid caused a sensation when a Watussi bull and an American bison cow bred, producing two cows. It was believed to have been a world first. By now, a large grassy area fronting the Leatherhead Road contained the lions and tigers. A zebra, born in the notoriously foggy December of 1962, was named Smog. By now a new attraction was a common hippopotamus, Humphrey.

1972: Death of Hans Brick at the age of 72 on 22nd August in Middlesex. He had built the circus at Chessington. Stock is 406 mammals in 103 species; 568 birds in 136 species; 28 reptiles and amphibians in 19 and 58 species respectively. Construction of a Bird garden is now in progress.

1978: Pearson’s, a subsidiary of the Tussauds Group, buys the zoo. First manager is Peter Morgan.

1987: Pearson’s expand the zoo into a theme park, and open Chessington World of Adventures.

1990: This year the next phase of major development was introduced – Vampire; the first suspended coaster in Europe, and Bubbleworks; a tour around Professor Burp’s fizzy drinks factory.

1996: Dennis Vrettos and David Herbert, who started working at the zoo in 1988, were among the keepers still in employment.

2000 onwards: Since Tussauds’ acquisition of Thorpe Park, Chessington’s target market was re-positioned and now continues to be one of the UK’s best family parks under the ownership of Merlin Entertainments.