April 12th was not only the first day that theme parks in the UK were permitted to open, it was also the launch of Tornado Springs, the highly anticipated new themed area at Paultons Park. Originally planned to open in 2020 and delayed due to the COVID-19 pandemic, Attraction Source attended opening day for a first look at the eight new attractions and experiences.

Tornado Springs is set in a Midwest desert resort town in the American heyday of the 1950s. Featuring a level of immersive theming, landscaping, and atmosphere that is a step above the other themed areas in the park, the land was designed by Leisure Expert Group, and brought to life by MK Themed Attractions, with the latter also assisting in the creation of major theme park projects in Europe such as Rookburgh at Phantasialand, and Rulantica and Krønasår at Europa Park.

The flagship attraction in Tornado Springs is Storm Chaser, a Mack Rides family spinning coaster. Smooth and thrilling with some fantastic theming, it is the perfect addition to complement the other major attractions at Paultons Park. Operations of the ride were impressive, and no downtime was noted during our visit.

Cyclonator is a Zamperla Discovery 30 model, and the first thrilling flat ride at the theme park. The effort that has gone in to decorating it make a common pendulum ride that much more unique. The seats are designed for younger guests, so anyone over 6ft tall may find them restrictive. Don’t miss the engine theming piece in the queue line which produces real steam!

Check out POVs of both attractions on our YouTube channel:

Two further new additions are Al’s Auto Academy and Windmill Towers. Both perfect for young children, they can take the wheel and head out on to Route 83, or ride the Water and Windmill towers which stand proud over Tornado Springs, providing power generation out in the crooked countryside.

Little ones can also enjoy two new play areas called Junkyard Junction and Parking Lot Tots, which feature interactive play equipment based on the area’s theme. Both play areas are close to the Route 83 Diner, so parents are able to relax whilst being able to supervise their children.

The former Wave Runner water slide has been reimagined to fit into the Tornado Springs area. Now named Buffalo Falls, the loading platform provides a fantastic view of Storm Chaser which guests can enjoy before taking the plunge down the chutes.

Trekking Tractors has also been integrated into the area, being completely transformed with a large amount of quaint theming pieces and scenes. Interestingly, some of the gardening team’s facilities back on to the ride area, and one of the greenhouses contains tropical plants that are likely to be spread around the park when it is warm enough for them to be situated outside. It is clever how this is integrated in to the themed scenes of the ride.

A trip to Paultons Park would not be complete without a ride on the Rio Grande Railway. Updated for 2021 with onboard audio, the classic Rio Grande locomotive takes passengers on a delightful journey through the heart of Tornado Springs, through the woods and around Little Africa. Traditional train rides have been slowly removed from the majority of UK theme parks, so we are glad that Paultons Parks recognise the importance of keeping theirs operational and in great shape.

At the heart of Tornado Springs is Route 83 Diner, the area’s new restaurant. Offering a selection of typical dishes from the American Midwest such as burgers, hot dogs, chicken tenders, pancakes, and ‘Tornado Fries’ (really tasty curly fries), diners can enjoy their meal in a highly themed setting that features creative artwork, some of which can be viewed in our dedicated concept art section of the website.

Al’s Shop and Service provides guests the opportunity to purchase their own Tornado Springs Driving Licence, as well as a range of themed merchandise. From caps, pin badges and drinks bottles, to T-shirts, key rings and some genuine retro American gifts, the retail offering is impressive, and will please any Tornado Springs fan.

Recently announced as Farmyard Flyer, a new coaster is currently under construction adjacent to Cyclonator, and will open in 2022 and be suitable for younger children. The tall station structure is complete and can be seen at the end of the midway when entering the area.

Tornado Springs provides a new level of well-themed, immersive entertainment at the park, which is a standard we hope will continue to be implemented into new attraction projects in the future. There are very few themed lands in the UK that can compete with the incredible attention to detail and pride in presentation that Tornado Springs offers. The new area is sure to be a hit with guests in 2021 and beyond.

Are you planning a visit to Paultons Park to experience Tornado Springs? Make sure you let us know via our social media channels. 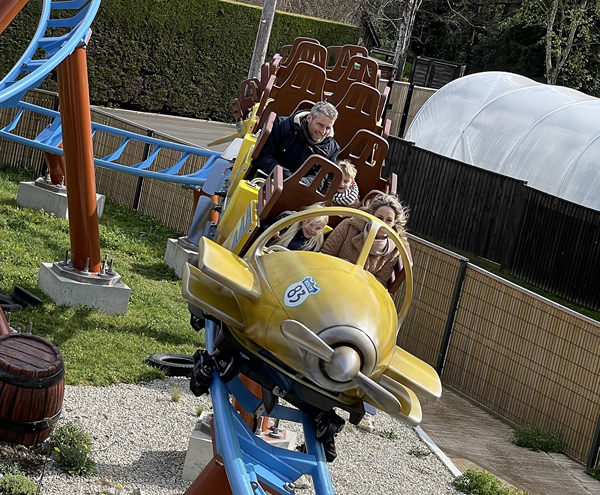 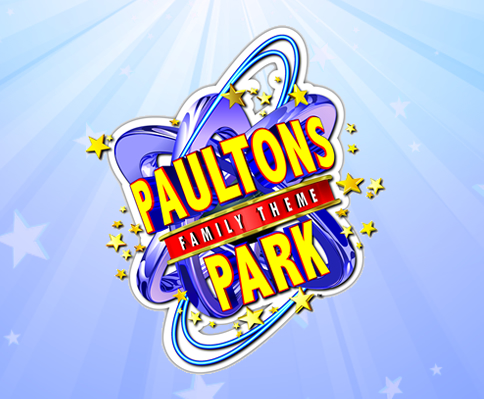