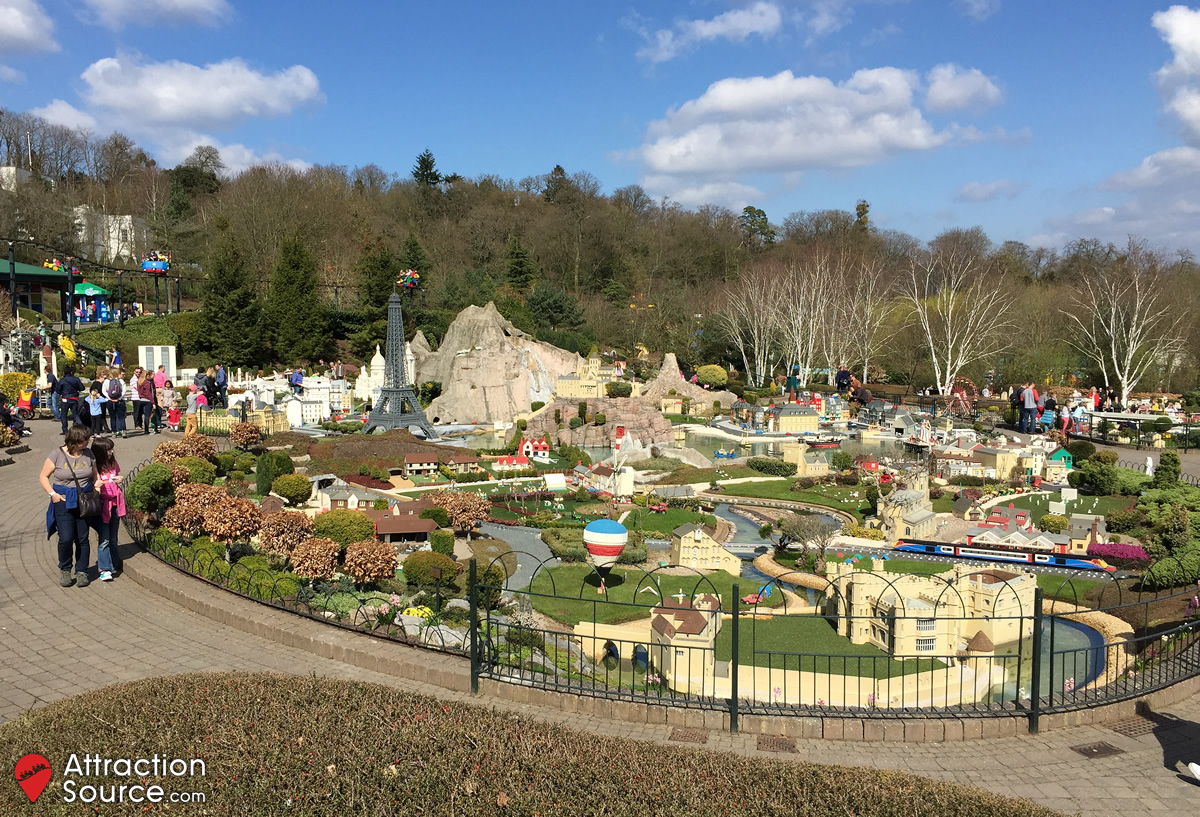 No LEGOLAND would be complete without a Miniland, which is a miniature park in LEGO form, depicting towns, cities and landmarks from around the world using nearly 40 million LEGO bricks in models often at 1:20 scale.

Fascinating for all the family, the area features a number of animated models which interact with each other. Motor vehicles use cables under the paths emitting radio wave signals to steer and allow charging when required. The train system runs on miniature tracks, slowing for stations and charging using ‘slow down’ bars. The boats use rubber loops under the water driven by motors, with sensors to detect the vessels for operating bridges and locks. The system, with lights and sounds, is run by 14 computers using 300 kilometres of underground cabling.

This particular Miniland features many famous landmarks from the UK such as The London Eye, Big Ben, Stone Henge, Edinburgh Castle and the Scottish Highlands, along with famous attractions from Europe and beyond.