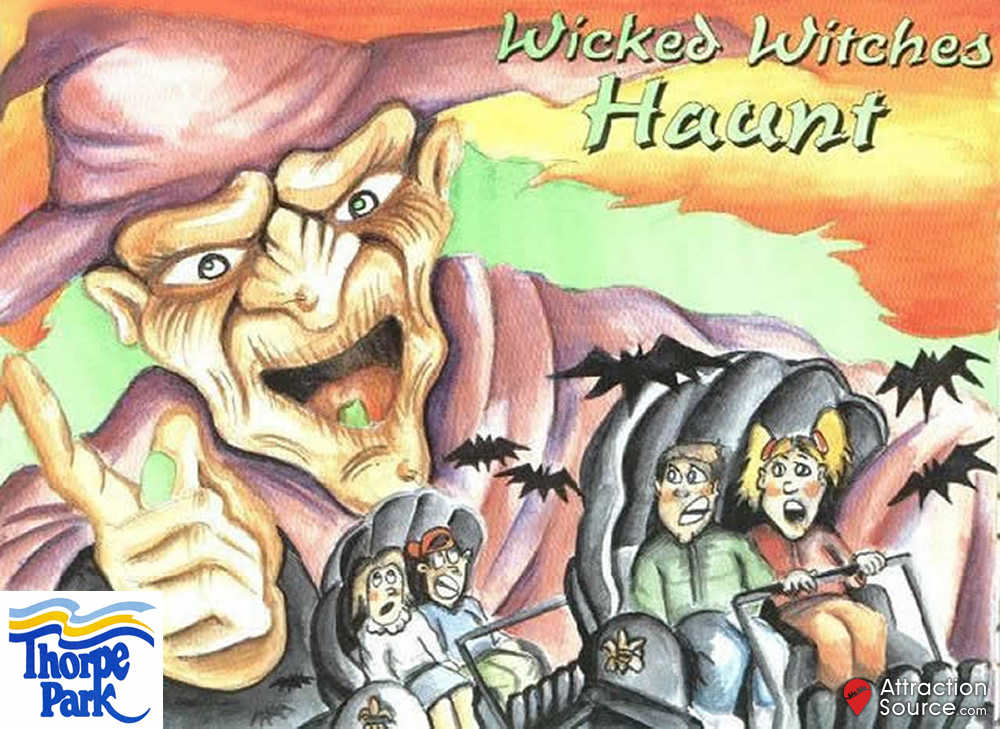 Phantom Phantasia was a classic dark ride that opened in 1983 as part of Thorpe Park’s development in to a theme park.

This ambitious attempt at a traditional ghost train was originally created by Sparks, who would later design famous attractions such as Professor Burp’s Bubble Works at Chessington World of Adventures and and The Haunted House at Alton Towers, and featured a continuously moving ride system from Mack Rides.

Guests would experience a variety of animated characters and spooky scenes based on Britain’s darkest moments in history, including a hunchback swinging from a bone chandelier, a torture chamber, a ghoulish seance with a levitating table, Henry VIII dining at his banquet table while ghosts of his six wives appear and disappear around him (using a Pepper’s ghost effect), a crypt, a Victorian street scene featuring Sweeney Todd and Mrs Lovett’s shop windows, a black magic alchemist/necromancer brewing a potion, two witches around a cauldron in their cave, Mary Queen of Scots holding her severed head in her arms, and a ballroom of eighteenth-century-costumed waltzing skeletons.

In 1994, the year Chessington were opening the immersive Terror Tomb dark ride, Thorpe Park invested in Phantom Phantasia which was renamed Wicked Witches Haunt, and featured a new soundtrack, UV lighting, animatronics and special effects. The entrance was moved to the side of the building where a large cackling animatronic witch would look over guests as they entered the attraction. A new shop and on-ride photo collection point replaced the old entrance area.

Sadly, Wicked Witches Haunt was destroyed by the fire of July 2000 which left the majority of the building in ruins. As ridership of the attraction had started to decline in previous years, it was not deemed viable to rebuilt it, so the remaining parts of the ride and structure were demolished.

If you ever visit Europa Park in Germany, make sure you ride Geisterschloss (Ghost Castle in English) which is a similar ride and opened the year before Phantom Phantasia. It may bring back some fond memories…