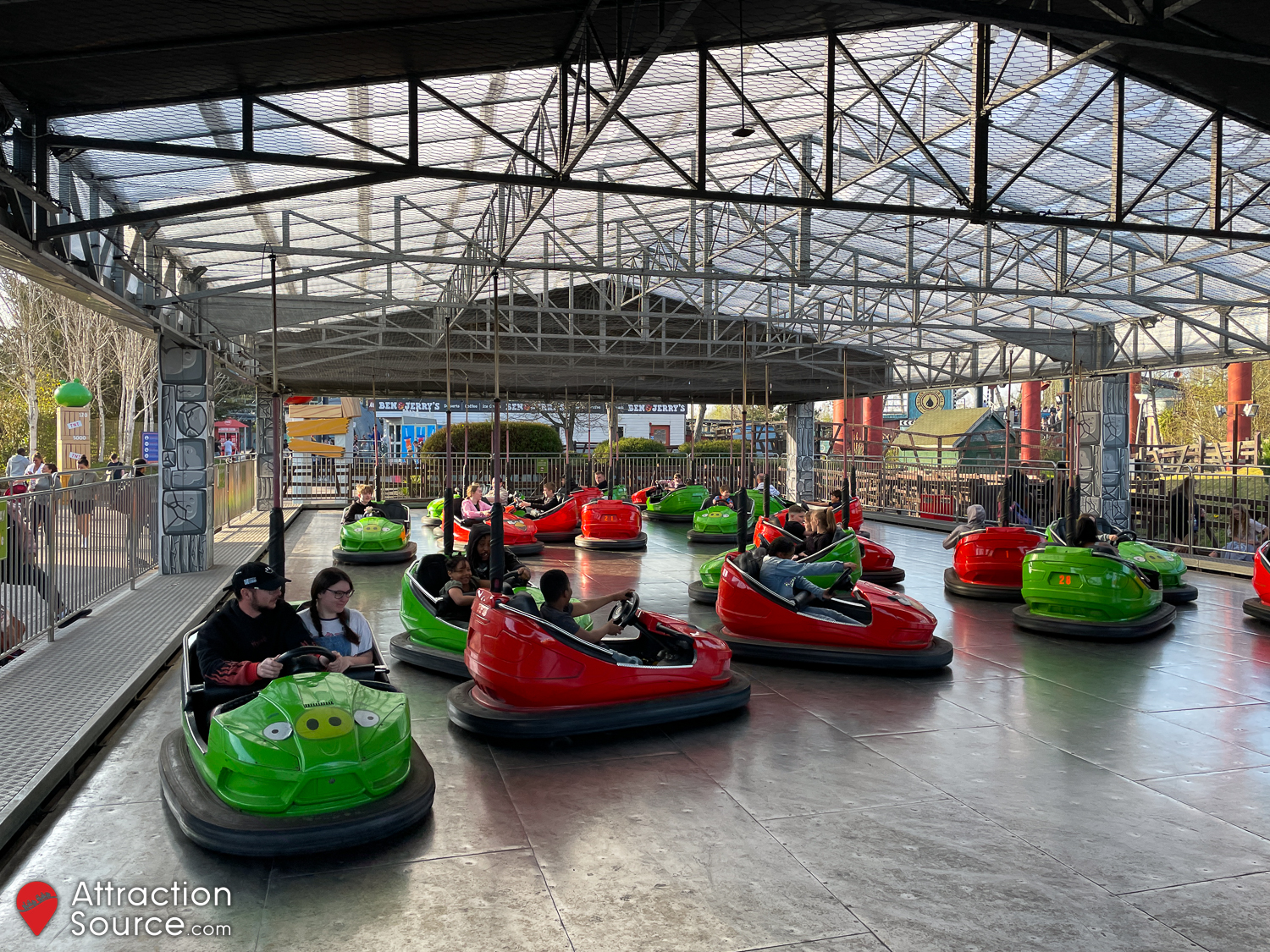 Based on the popular Smartphone game, Angry Birds Land is located at the centre of the Island and features King Pig’s Wild Hog Dodgems, Angry Birds 4D Experience and the terrifying thrills of Detonator: Bombs Away!

Themed around Bomb from Angry Birds, Detonator: Bombs Away is a 100ft launched drop tower. After being raised by catch-car to the top of the tower, riders are held for a few seconds before being propelled downwards with a force of 5.5g and a top-speed of 47mph. Although it only offers a few seconds of excitement, Detonator: Bombs Away provides a thrill unmatched by anything else at the park. Whilst enjoying the view, can you spot the skyscrapers in central London?

Being the third permanent 4D show hosted in the building, Angry Birds 4D Experience is a 10 minute film that combines moving seats, water, bubbles, and lighting effects. Using animation similar to that found in The Angry Birds Movie, the show is an original dialog-free story based on the key themes of the games. Operating once an hour, this is a great attraction to cool off in on hot days, both from the water jets and the building’s air conditioning.

Classic dodgems with an Angry Birds overlay, King Pig’s Wild Hog Dodgems pits Red Bird against Green Pig in themed cars. Bump and dodge your friends and put your pedal to the metal – but beware, head on smashes are not allowed. The soundtrack for the ride is taken from the Angry Birds Go! racing game, the perfect choice to compliment this style of attraction.