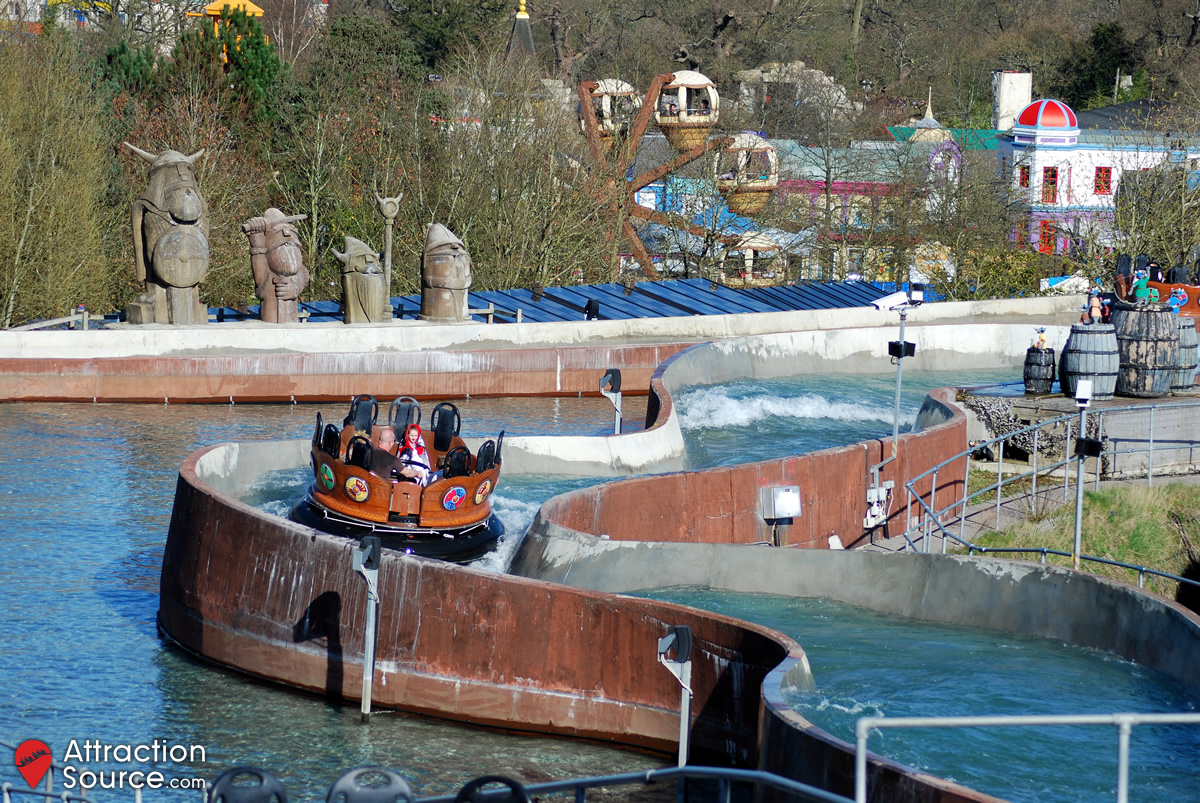 Land of the Vikings

An area for guests seeking adventure, Land of the Vikings has swirling rapids at its heart, as well as a dizzying arachnid for those keen to remain on dry land.

Prepare to embark on a viking adventure on this river rapids ride which takes you into unchartered waters. Following departure from the station, guests will first need to watch out for a watery onslaught from those still on-shore, although there’ll soon be bigger concerns as a fierce-looking dragon approaches. After passing through a large skeleton structure, the winding river takes you past vikings and a hoard of armoured rats. Things then get very choppy as vikings fend off an attack from creatures of the deep. The final section of the ride passes beneath an overhead structure, where a number of tipping buckets and viking figures used to be positioned, however these have since been removed and replaced with three spitting viking heads.

A spinning tea-cups ride with a LEGO-twist, seeing guests take a seat in one of the 18 log-themed pods, beneath the web of a giant LEGO spider which sits at the centre. Once the ride gets underway, guests can decide how fast to spin their log, and the fact that each group of 6 logs also rotates on its own axis only makes for an even more dizzying experience!