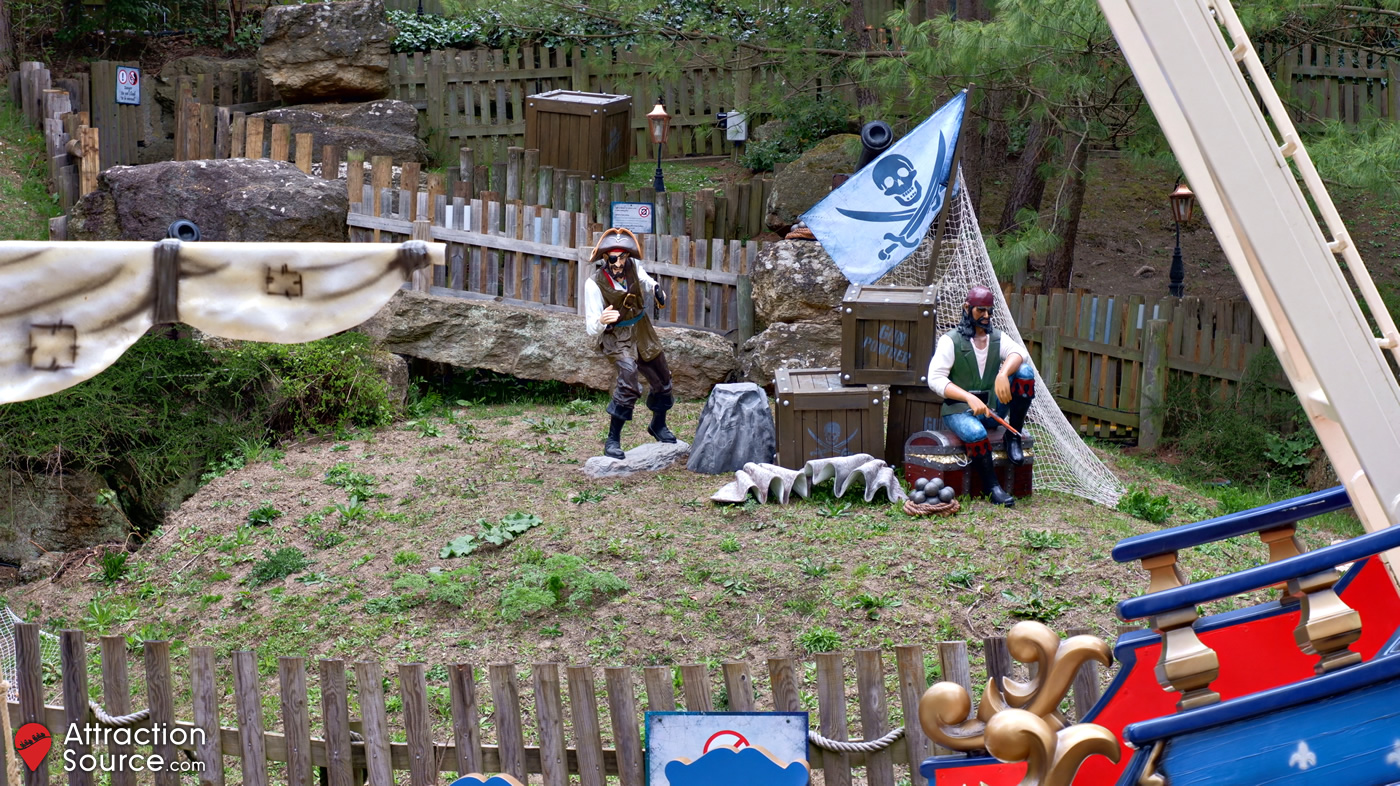 A land that has existed with the same name since its introduction in 1988, Pirates’ Cove is home to Blue Barnacle and Seastorm.

Docked down in the cove itself, Blue Barnacle is a large pirate galleon themed swinging ship ride. Replacing Black Buccaneer, which itself was originally named Smugglers Galleon, guests approach the ride through caves and past skeletons, leading down to the beach area where the ride can be observed from below.

Opened: 2021 | Manufacturer: Metallbau Emmeln | Height Restriction: 1.1m* | Ride Photos? No | Fastrack? Yes
*Anyone under 1.2m must be accompanied by someone 16 years or over.

A moderately thrilling flat ride, Seastorm takes riders aboard small pirate ships as they circle the rocky coast, up and down on the rough waves. When the storm picks up, boats can be turned around, battling the course in reverse. A ride that has had its intensity adjusted several times over the years, the current version has returned the ride to its former glory with the mix of speed and rotating boats.