General discussion regarding the UK's No.1 Theme Park. Talk about anything and everything Alton Towers here.
Post Reply
2575 posts

I think though that when details are revealed later on (if they go ahead), they'll definitely edit scare mazes with no touching from the actors but they'll resort to jump scares and freaky appearances throughout the mazes.

In terms of the mazes, I could only see Sub Species replaced but we'll see... The Attic: Terror of the Towers I think will return because I think there's a vlog from Towers where the audio played on the towers, so that's a sign. Project 42 could return definitely as well.
Top

Alton Towers have started the recruitment process for this year’s Scarefest, whatever format it takes. 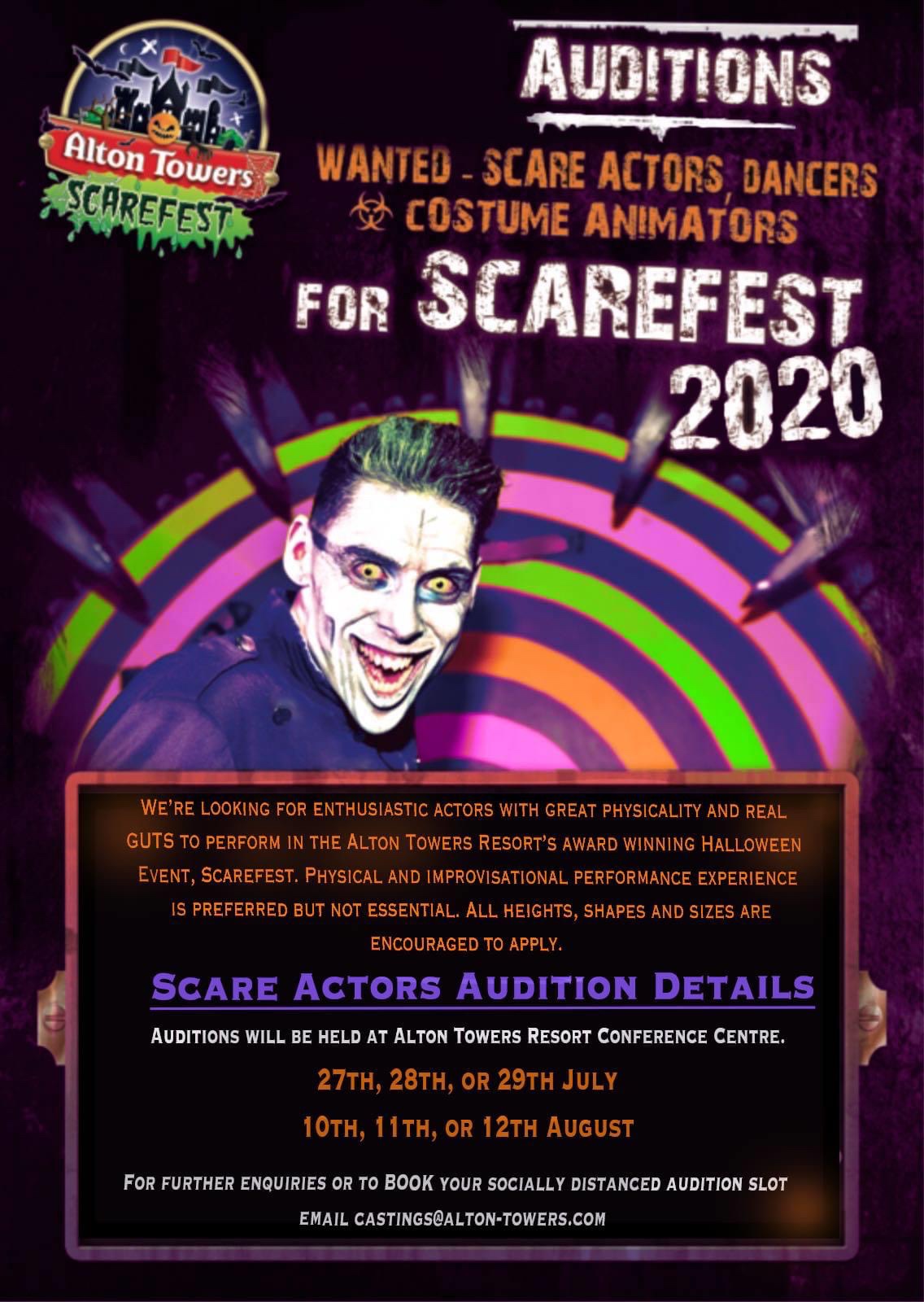 I have a few questions...

What mazes (if any) may they run this year? I bet they will do Darkest Depths and The Attic as there was quite a lot of space in those mazes for distancing etc... however AMT and Project 42 are very cramped mazes (especially after the re-do of Project 42) and therefore may not be suitable. Sub species relies on the touching so I'm not sure how that would work either. Yet that only leaves us with two mazes, which isn't very many.

What improvements would you like to see in mazes? I'm really interested to see what people want to be improved.Personally I'd like to see The Attic dialled up a little in intensity. I found that the atmosphere and theme they created was amazing; the use of monochromatic colours really brought this out, and the story was great (although a little difficult to follow along with at times), however it didn't really reach a climax. The demon was scary at the end, yet it felt like there needed to be more. Not necessarily a longer maze (which would be very difficult to do), yet I believe it needs to paced differently. As I said earlier, the story is a little hard to follow along with, and I believe that this is partially due to the pacing of the maze. At first, we see children, then dolls, then the governess, and all is going well and the story is understandable; and then BAM. Suddenly there is children rising from beds, an argument with two people going 'Oh ma gosh it's yah fault' and all of a sudden we're in a burning fireplace with a demon running around. Don't get me wrong the story of the second half is great; but it all happens a little quickly. I believe this was probably to do with trying to the dial up the intensity by increasing the speed of the events of the maze and story but this lead to the maze getting slightly all over the place and ultimately getting to it's climax too quickly. If there was a longer build to the fireplace finale then it would probably feel more like an ending and not just an intense moment. Still, I believe it is an exceptional attraction and I'm being picky. (Also you don't have to agree with me here; it may have just been my run-through).

The thing is, Scarefest is Alton's number one money-making attraction and Corona has literally caused their profits to lower this year. They will absolutely 100% want to do Scarefest this year as it will bring them in a lot of money. However, Alton knows that Scarefest was very popular last year; more popular than ever, and the general public who visited in previous years will expect to come back in 2020 to similar mazes and experiences. If the general public come and all Alton have is a lit up garden then people will probably not be happy; so Alton will almost definitely try and make as many mazes open again in 2020 (as the mazes also bring them a lot of money). This is why I believe that Scarefest will probably go ahead with mazes; even if the actors in the Attic have black and white masks. So I think it's worth starting speculation around what might happen, what people want, and what people are hoping for in terms of improvements. Who knows; maybe some employees read this forum? So it's worth letting them know what some potential improvements to their mazes could be. Either way, I'm excited to see what happens.
Top

What do we think?

Alton Towers have unveiled the lineup for this year's Scarefest event.

New for 2020, the Resort shall debut 'Freak Show: Toxic Junkyard', which will be an outdoor scare maze that invites the foolhardy to venture into the Freak Show hidden den to discover the secret of the psycho clowns’ next big show. Also new is family-led attraction ‘Garden Lights Walk: Whispering Souls’, which will see the Alton Towers Gardens come to life in a whole new spooktacular light.

Returning from previous years are The Attic: Terror of the Towers, Altonville Mine Tours: Uncover the Legend of the Skin Snatchers, Darkest Depths, and live family entertainment including the Freaky Five and CBeebies Land Monster Ball.

TowersTimes News now has all the details on today's Scarefest announcements. 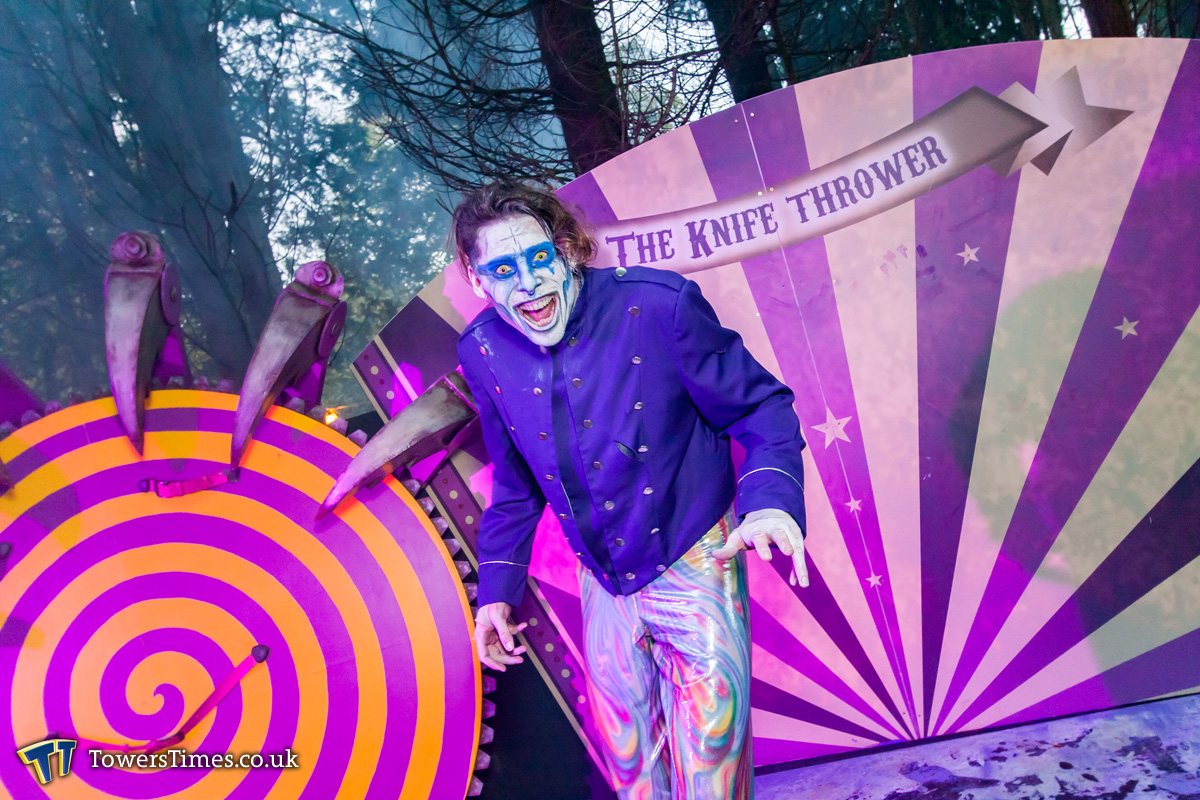 What's usually the best/quietest time to visit Scarefest during the half term?
Top

Alton Towers have released tickets for this year's Scarefest Mazes.

A Three-Maze combi ticket, which includes one time entry to Altonville Mine Tours, The Attic and Freak Show: Toxic Junkyard is priced at £22, or £17.60 for Annual Passholders, whilst Darkest Depths is priced at £8, or £6.40 with discount.

Alongside the slight increase in price from previous years, the mazes will now open at 3pm, with time slots available every 15 minutes until 6pm. Booking also confirms that guests must wear masks in each maze.
Top

I am going on the 23rd alone. What are the scare mazes like this year with the covid guidelines? I did the darkest depths last year and heard they are adding more to it so what's new? If I do the mazes alone will I be put with another group or would the nearest group be 2 meters in front? Sorry I know it's a lot of questions. I think I'm just nervous doing it alone.
Would be nice to join some people for the day but I don't think it would be allowed with the pandemic.
Top

I'm back from the dead to answer your question ooooOOOOOOoooooo!

I can only speak for Freak Show and Darkest Depths but,
In Freak Show, you queue on the lawn to the left of Goalstriker and are then sent across the public gangway to a smaller queue at the maze entrance, where each party is sent through individually in intervals...while you are technically on your own, you can often see other groups through the scenery.

In Darkest Depths, about 2-3 parties are sent into the Preshow and are then dispatched from the preshow, in intervals like Freak Show...But I have only been told this as I went in at about 8:00-8:30 and was the only person there!

As for whats different, there are less scenes but each scene is about 3 time longer and much more elaborate, boasting some incredibly well themed sets, with each scene being very spacious and easily big enough to fit social distancing!

The only other notable change is...The kraken attack from last years final has now been expanded into 2 full scenes...
Top

This weekend saw the return of Scarefest at Alton Towers.

With a new maze, an alternative way to explore the historic Gardens, plus operational changes to remain COVID-secure, TowersTimes explores all the frights from this year’s Halloween Spooktacular. 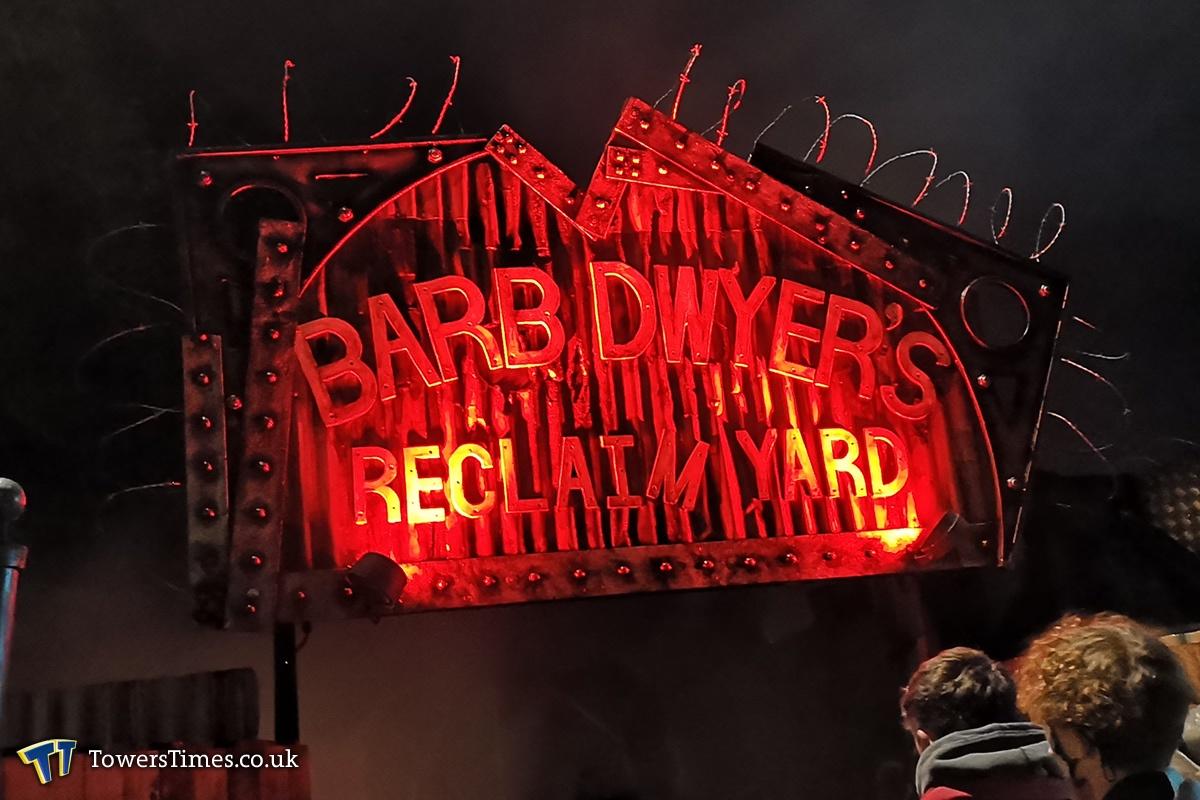 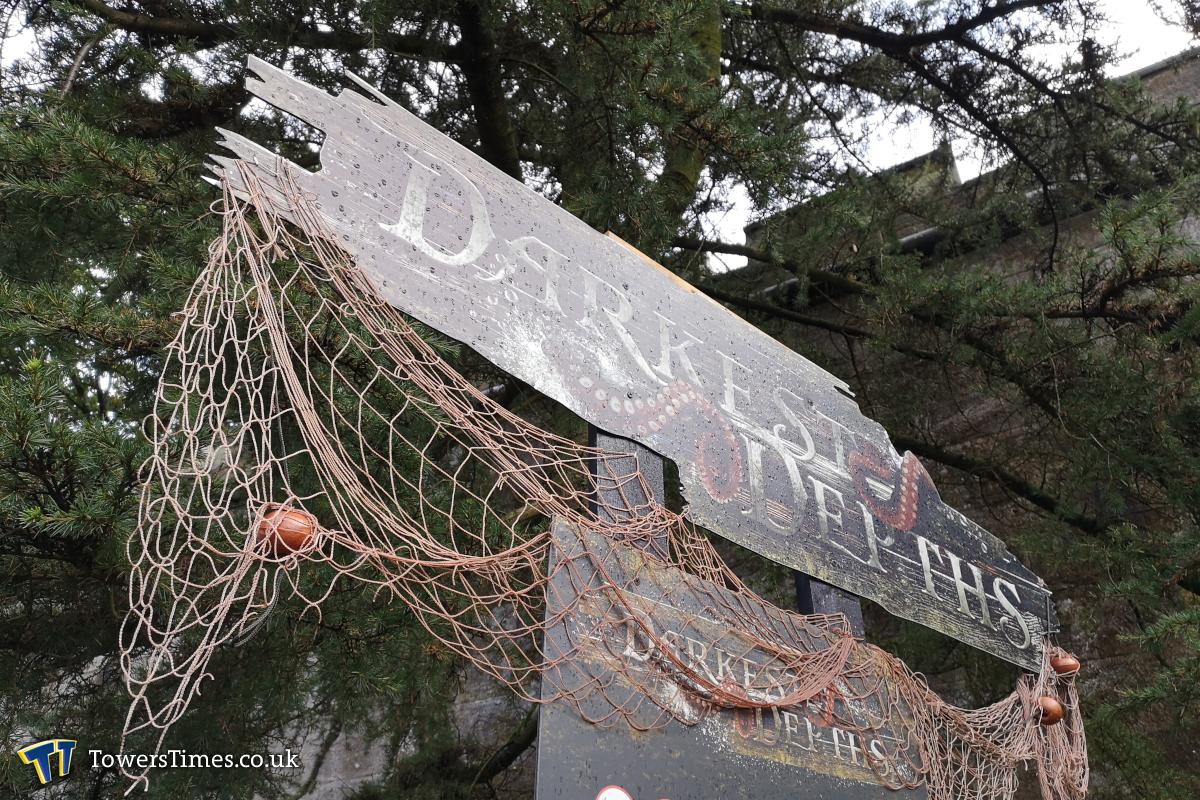 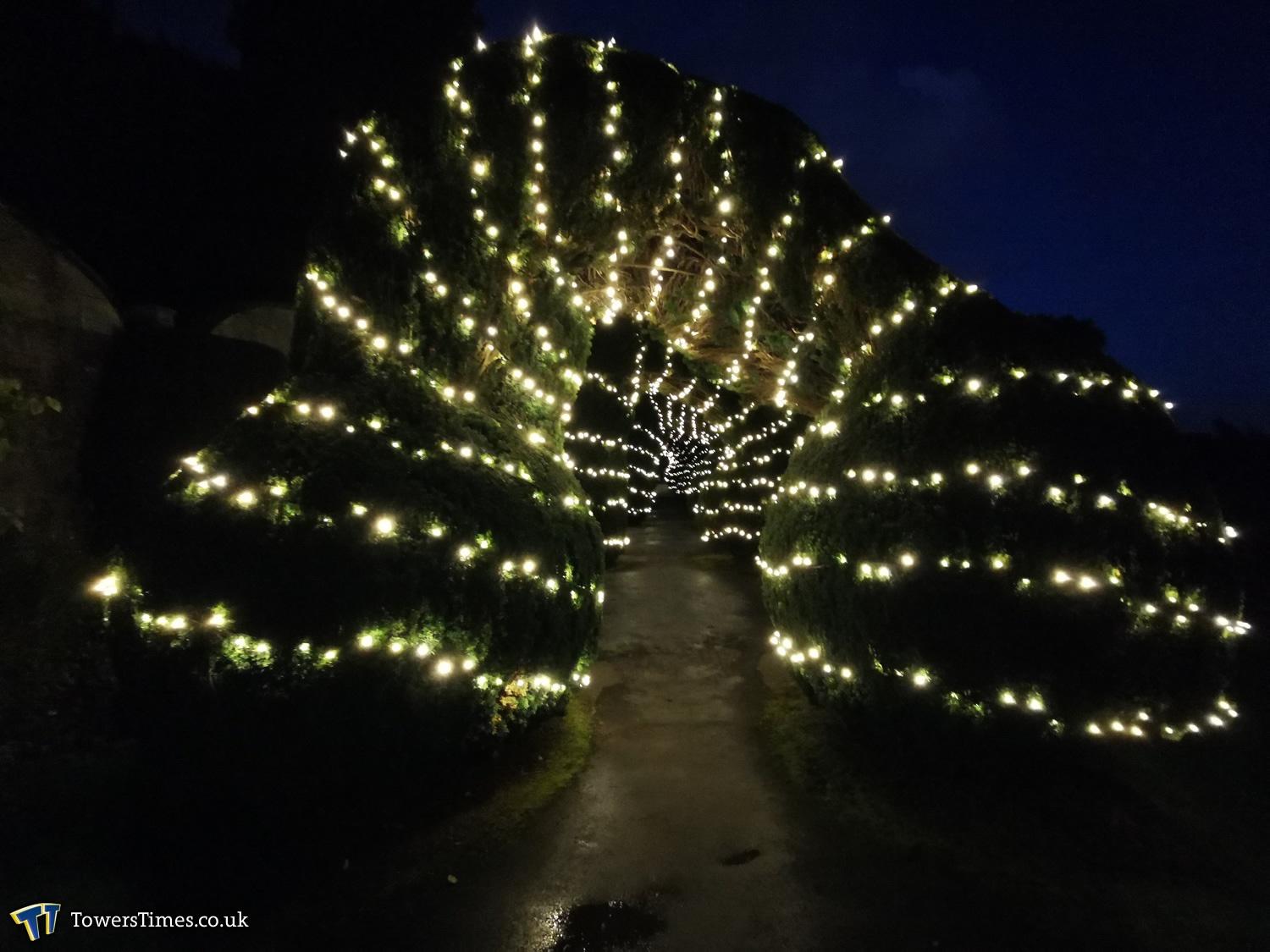 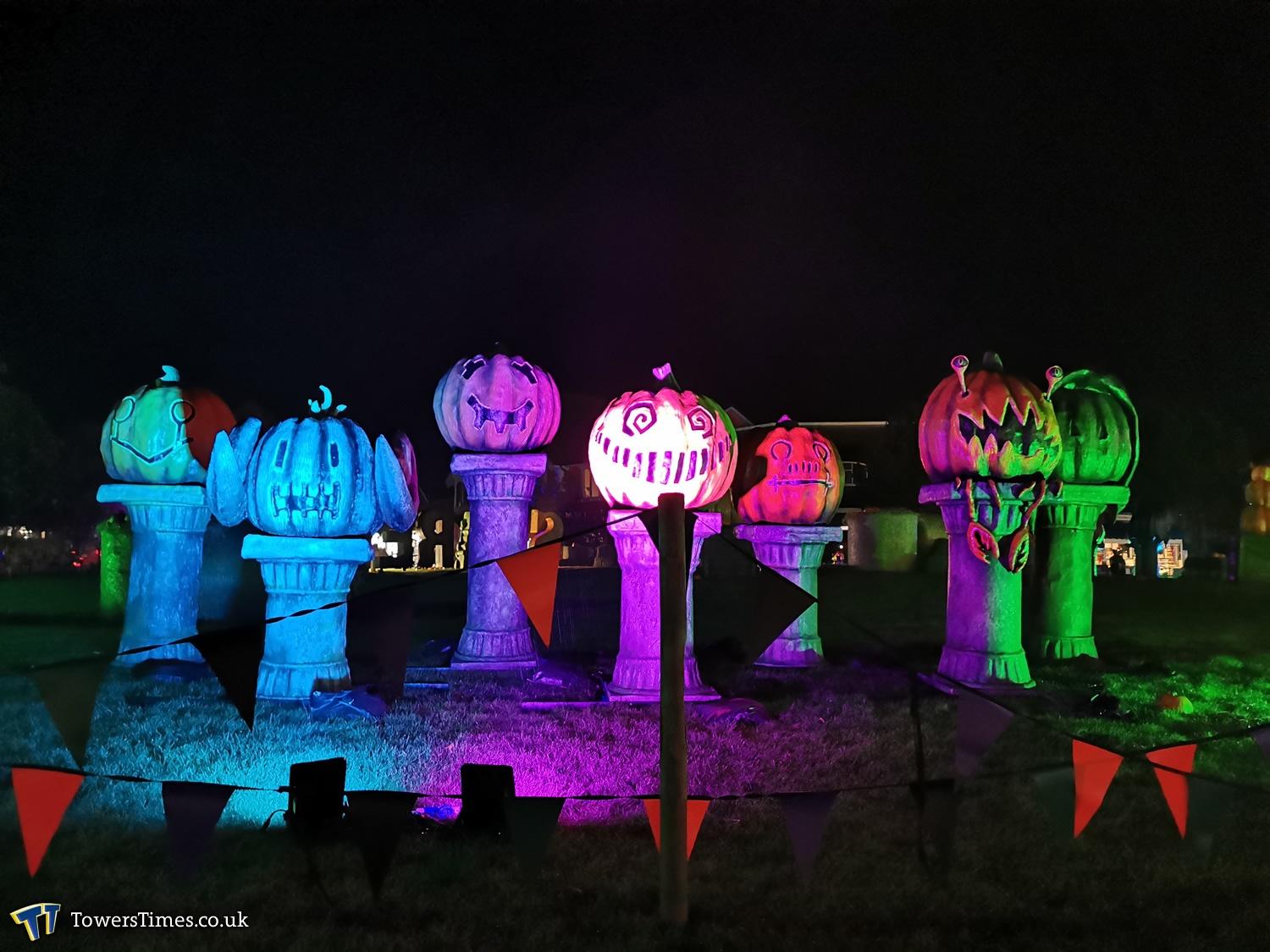 In case you missed it, as part of the recent Heritage Tour application, Alton Towers have submitted detailed layout plans for The Attic, Altonville Mine Tours and Sub Species, providing a unique insight into these scare mazes. 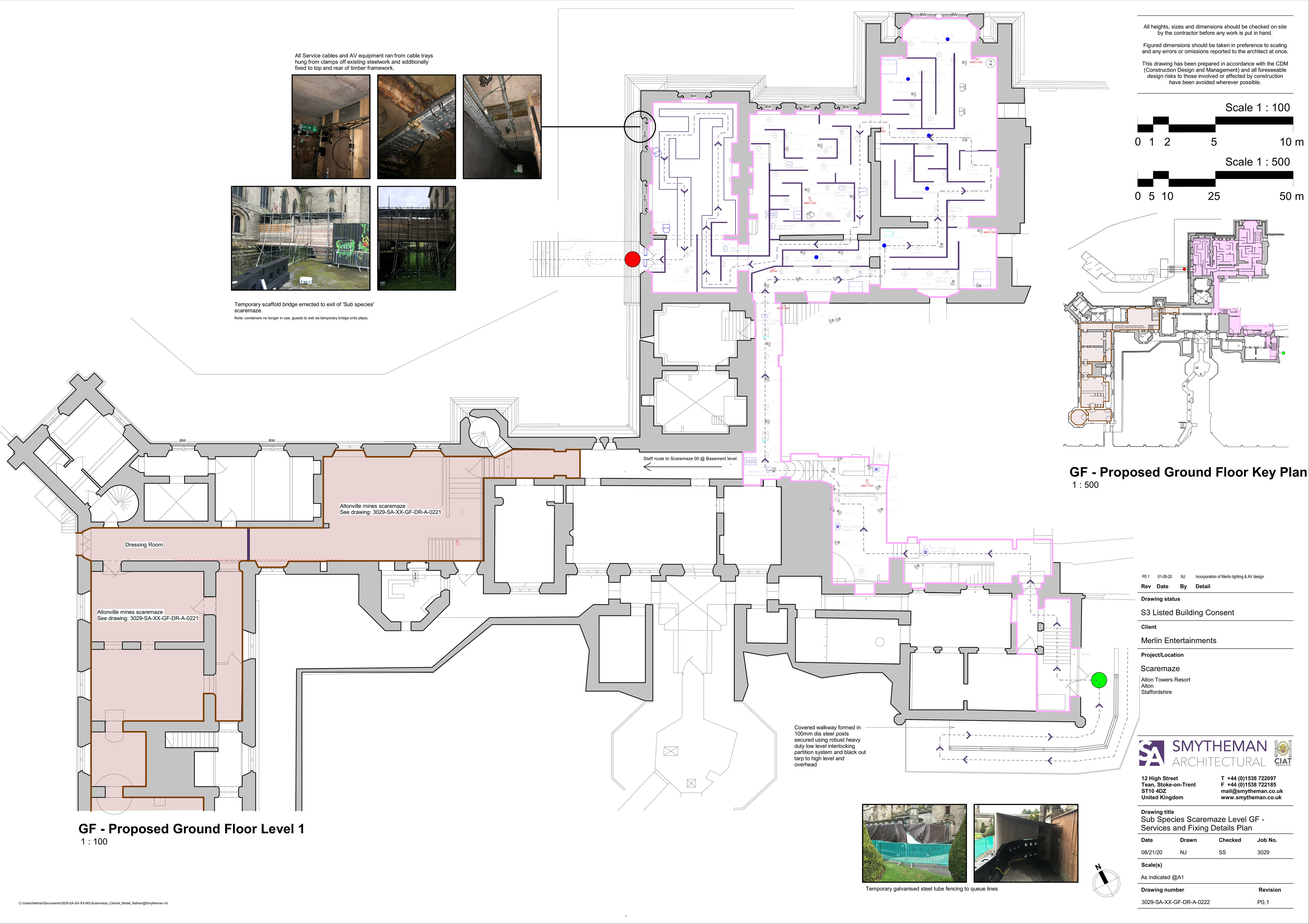 How safe do the scare mazes/scarefest as a whole feel? Are people obeying the rules, and I assume the park still isn't letting max capacity in, working at reduced?
In the beginning the Universe was created.
This has made a lot of people very angry and been widely regarded as a bad move
Top

I did the mazes on Saturday and felt perfectly safe during every run. I've heard some people have had issues with other guests distancing (particularly in Mine Tours), but this will vary per group. All guests (plus hosts and actors) were masked once inside, haven't heard of anyone not complying.

Atmosphere across the whole park is great, capacity is still limited but the park felt busy. None of the atmosphere from previous years has been lost, which is brilliant!
Top
Post Reply
2575 posts