The Star Wars hotel will be officially named the “Star Wars: Galactic Starcruiser”. The whip that you will supposedly board is known as the “Halcyon”. Opening in 2021. 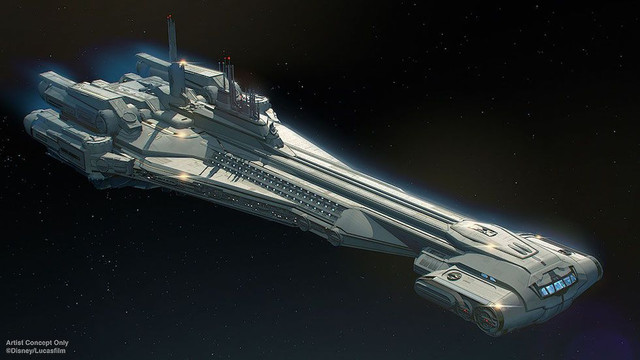 I think I’ll stick to “the Star Wars hotel” :lol

I've just watched the parks panel from D23, and one thing that stuck out was Disney Genie. It's purpose is to "optimise" your day at the parks.

And there lies the massive issue that only seems to exist at Disney World, the near to the minute planning that Fastpass+ requires. Holiday should be about fun and enjoyment, not an optimisation problem.
Top

Disney are happy to just keep cramming people in it seems.  Ultimately their goal seems to be "making the park cope better with more people" rather than "stop everywhere being packed year round". Even designing all their rides for maximum capacity, it's not going to stop insane crowds around the parks and for night shows.

The Disney Skyliner has been open barely a week, and two gondolas have collided tonight. Given the broken glass beneath the arriving gondola, it likely occurred with a fair amount of force. 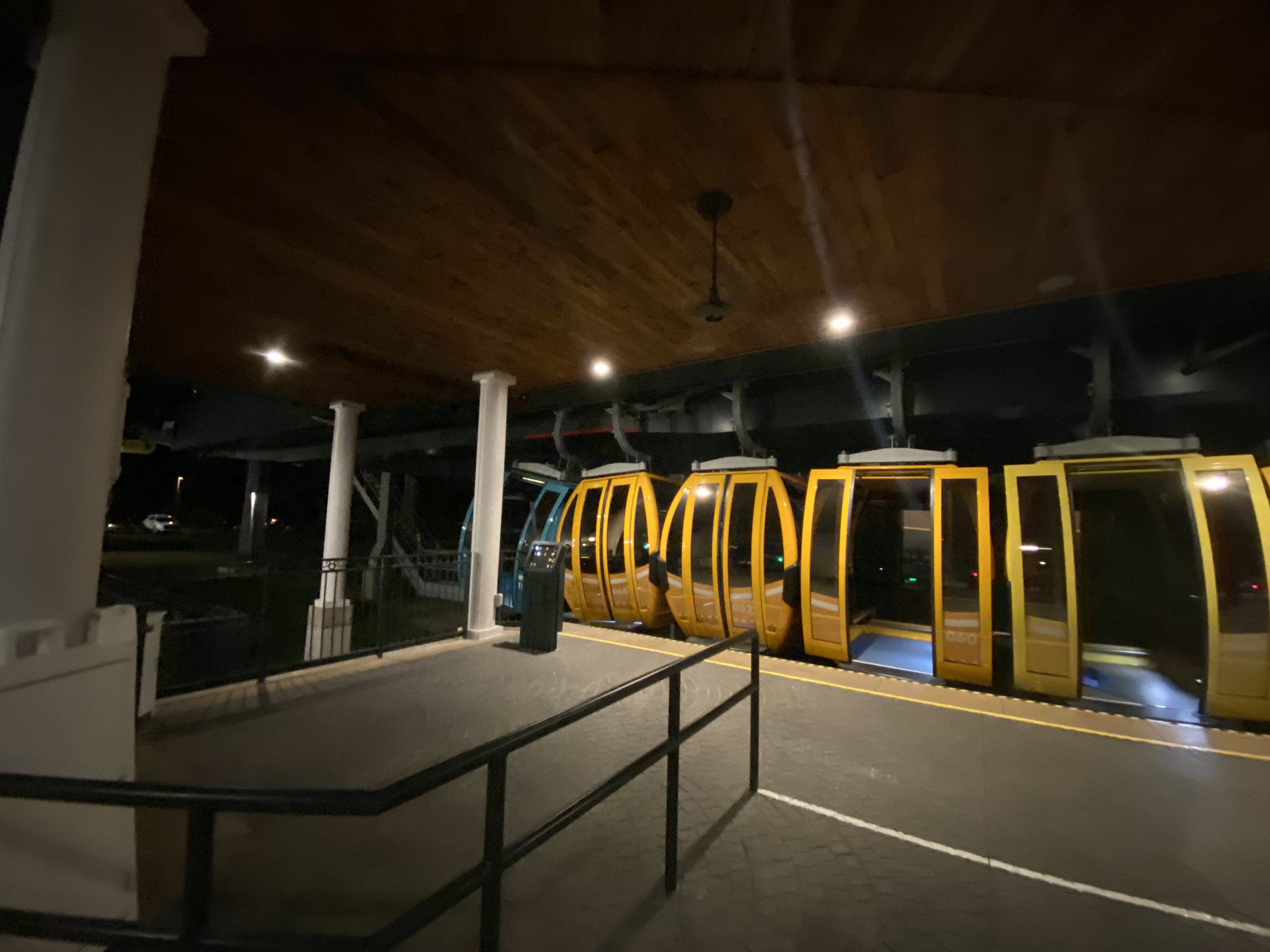 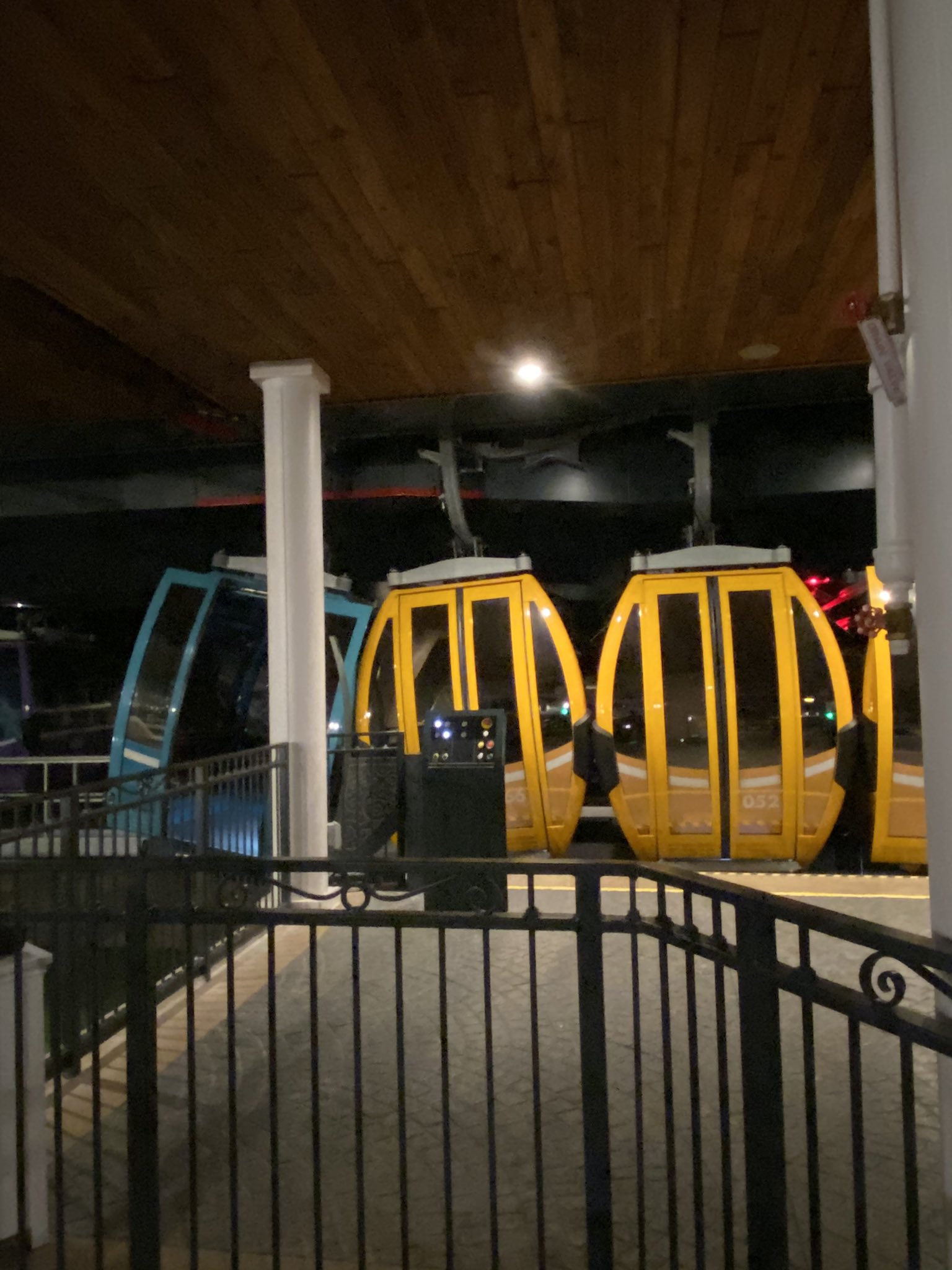 Source: @Ada58974405, who also has some video showing broken glass from the first gondola.

Attractions Magazine are reporting that Disney have told them no one was hurt, but guests were left stuck on the gondolas for around 3 hours. Disney were able to restart very slow gondola movement after a couple of hours, to speed up guest extraction.

Conversely, WDW News Today are reporting some guests are receiving medical attention, with roads throughout the Resort blocked by closures to give emergency services vehicles access.

At the very least, thankfully it happened in the evening, which has been a little cooler tonight than recent nights. The current temperature (at midnight is 25c, it would likely have been around 30c when the incident occurred).
Top

Could you imagine if this was mid day at the height of summer? 3 hours at 36c and 100% humidity in a glass and metal box with windows that only tilt open, not slide down? You're looking at heat stroke, especially for the smaller children. So much for the cherry pickers and barges letting them rescue passengers quickly. All because they didn't want to spend extra on the gondolas that come with air conditioning...

From reports I've seen, routine 10 minute stops have caused people to break out the emergency water during the day in the 33c we've had in Orlando this week.

Could be a costly addition for Disney if they have to keep replacing the kits.
Top

It'll need regular inspections too. Either they'll need to check the kits after every delay or they'll need some sort of indicator they've been opened. It would be pretty unthinkable for a multi hour delay with no access to water.
Top

The Disney Skyliner has reopened, albeit on a reduced timetable for part of this week. Initially running 8am until 10:30pm, then on Wednesday-Friday this week 1pm until 10:30pm, due to "system updates", with the Hollywood Studios line closed all day Wednesday.

I wonder how long until those system updates include air conditioning?
Top

I think it's a ticking timebomb until they put AC in. This update looks like it's just to sort out the speaker systems and to prevent the cause of the breakdown (read that the current thinking is one of the gondolas jumped the track in the station)
Top

If Maelstrom becoming Frozen Ever After caused a lot of debate and strong feelings, this is going to be on a whole different level. Closing the rides for up to 2 years (if FEA is to be a guideline) and spending many hundreds of millions to re-theme them to a film which, while I liked it, was a huge flop that killed off 2D Disney films for good.

Can't see this attracting any more people to the park or it increasing capacity. The company is going to make an unimaginable loss this year and theme park ticket sales will likely be massively down next year too. They've cancelled or postponed most of the construction projects that weren't already happening, it's a lot of money to spend at a tough time for them.

Honestly Song of the South was a over long, really boring film that isn't worth the controversy it gets. I'd rather they'd done changes to highlight more the African-American folk tales the ride was based off of and build an exhibit or show near the ride to talk about the history of the stories and the legacy of plantation workers and slavery.
Top
Post Reply
170 posts