Been to an attraction recently? Planning a trip? Tell us about it here or get some hints and tips for your next visit.
Post Reply
2 posts • Page 1 of 1

It's that time of year when the Ghouls and Ghost come out to scare.

I've already done one scare attraction this season and have a few more to go to.

My first scare attraction this season was a long awaited Scarefest at Alton Towers. Due to covid, it's been 2 years since I last visit.

Upon making the effort to get up early, travelling 4+ hours to get to the park and making sure that I was the first through the turn style to get a good few rides in before the queues build up. Unfortunately, most of the big rides did not get signed off until around 10.30 which left people waiting in the queue lines waiting for them to open. My first ride on the Friday was Wicker Man and I decided to queue up for the Smiler on the Saturday morning.

Like many other attractions that I've been to since covid, I didn't expect things to be the same, and I did expected the park to be busier than usual due to the staycation. So I purchased a gold fast track for the Friday, which I must say that I really didn't need and I purchased the platinum fast track for the Saturday which was a must due to how busy it was. On the Friday, I notice despite the queue lines being long, they did move fairly quickly and I can only assume that was due to the social distancing in the queue lines.

The park felt understaffed with some of the photo kiosk being self service and on Rita, the ride ops where doing two jobs of also managing the loading off the bays as well as checking the restraints. This meant that the through put was slower than usual.

It appears that Thirteen can no longer run when it's wet due to a recent rollback incident. I hear that no body was on the ride when it happened.

I also go to see Duel rerouted queue line in person for the first time. As much as I understand that it was done to make it wheelchair friendly, the pepper ghost effect in the doll house was missing and the entrance didn't feel as good as it was previously. No one appeared to be manning the disable/fast track ramp, so I did feel a bit awkward using it, pushing in front of other people in the queue line despite having fast track.

The rapids were also closed. My first thought was typical Merlin cost saving. But I have been told that this is not the case.

The new flats rides were much a needed welcome, but I hope that moving on forward into the next season, these will get replaced with some appropriate themed ones to fit in with each area.

The scare mazes were really good this year. The attic was probably my favourite. But they all were good. I won't give any away any spoilers here.

The lighting around the park was good this year. However the scarefest atmosphere was ruined by the heavy metal rock music blasting out after dark. I have heard that this has now been reverted back to the old traditional music that they play at scarefest.

It's been two years since I been, I don't know if my body wasn't used to it after a two year break, but I didn't feel great on the first day. I did ended up suffering from motion sickness and I found the rides uncomfortable. I know that I'm not getting any younger. But this is very un like me. However by Saturday evening (my second day) I was beginning to enjoy the rides better. I'm back again for the Fireworks event and hopefully my body will take the rides better like I used to do before covid.

Scarefest is usually my favourite time of the year. I must say that this year fell below my expectations and it wasn't the best. I feel this may be partly due to covid and the fact that I've not been to a theme park for two years (I know that I visited Blackpool last month, but I usually expect the rides there to be uncomfortable as they are old and rough) as well as the heavy metal rock music blasting out. Also having the rides open late as well as the Rapids being closed and Thirteen not operating when wet didn't help make the day enjoyable either. Hopefully next year will be better.

I will be giving a report on my next scare event soon. If you have attended a scare event this year, please feel free to report and post on this thread.
Top

This review my contain spoilers

My second Scare event this year was at Norwich's Roar Dinosaur Adventure Park. It's an event that I've been visiting for the past good few years and the event has change over the years, some for the better and some for the worse.

It is done on a budget, the theming and acting are very basic compared to Merlin parks, but still a good night out. 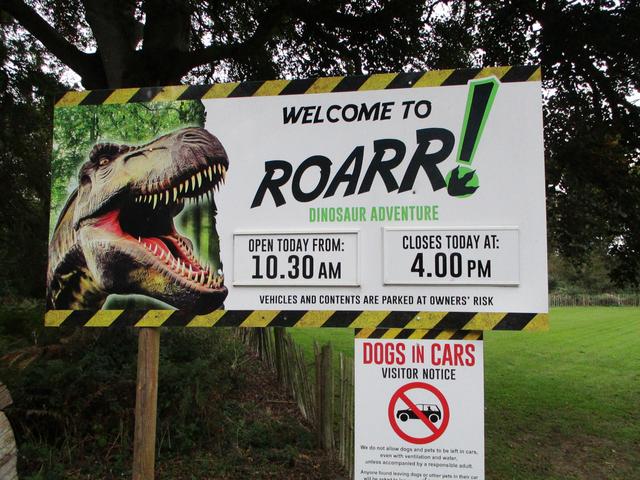 Some photos taken outside the park before the turnstiles 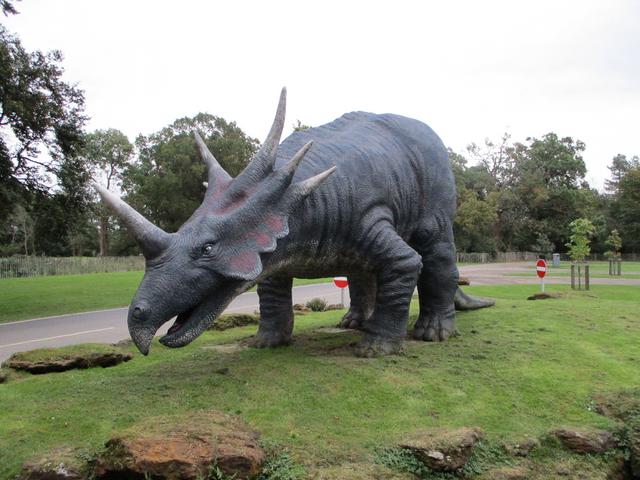 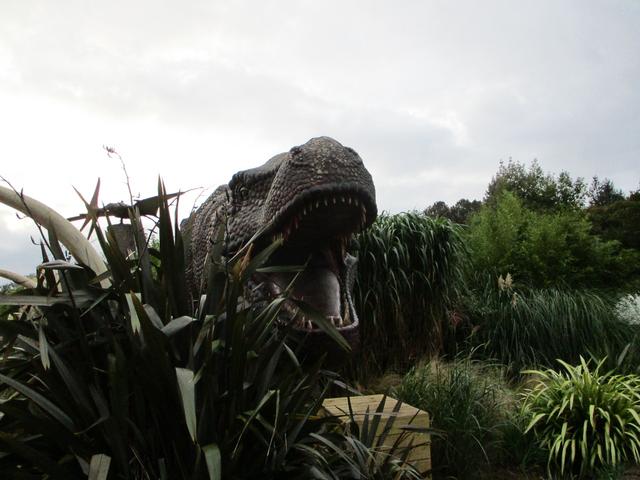 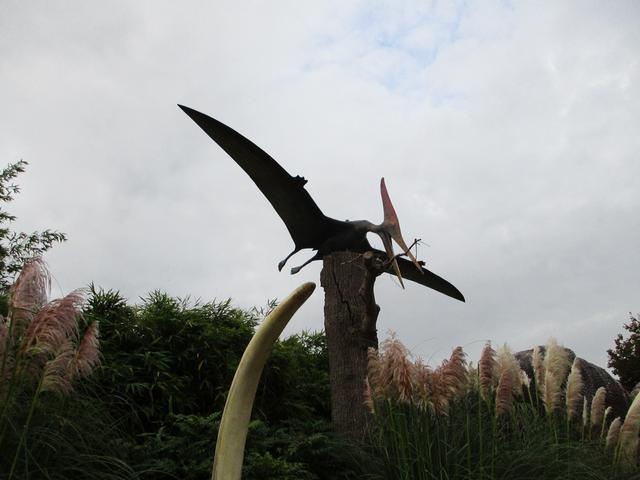 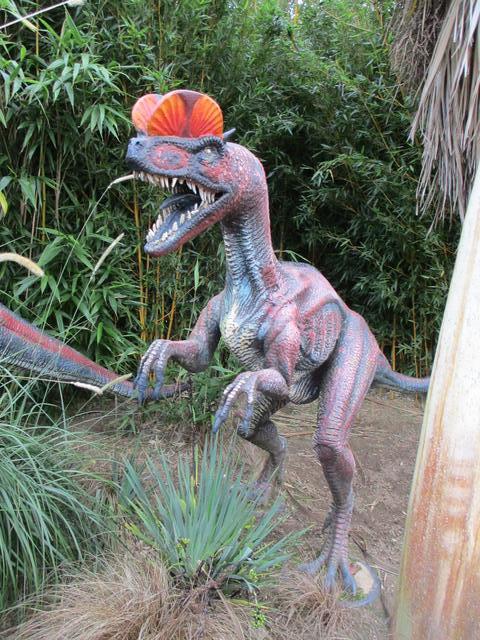 The event is called PrimEvil 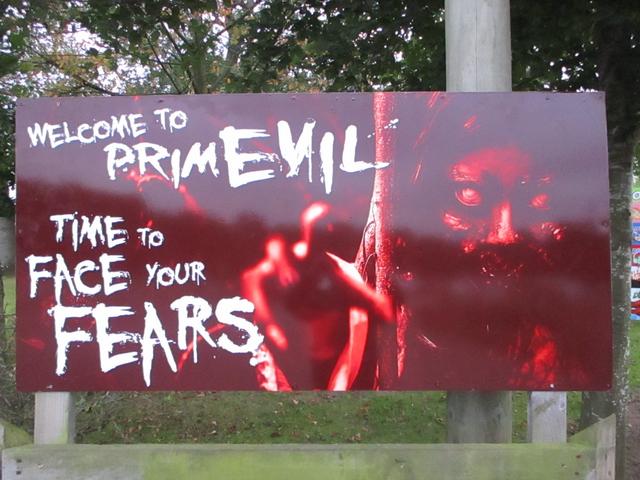 The music played while you wait to go into the event

I do feel that they could make the effort to dress up the entrance with some Halloween decorations. 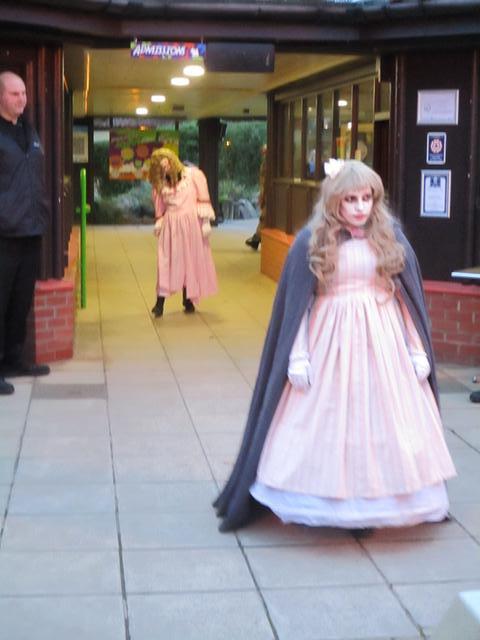 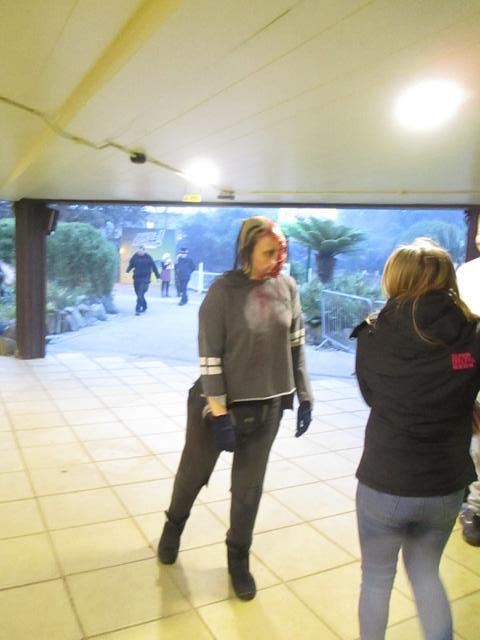 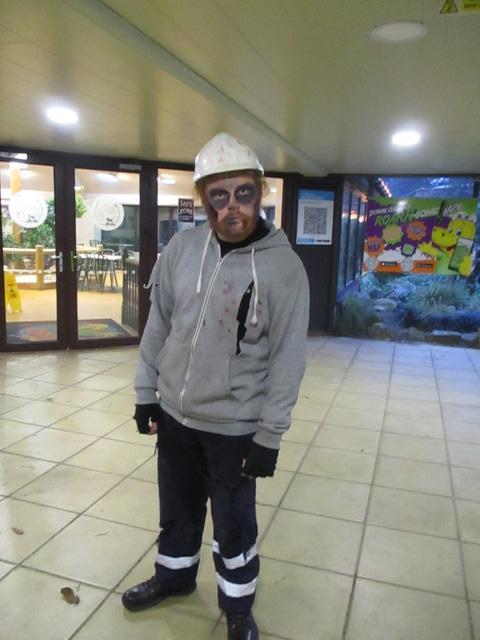 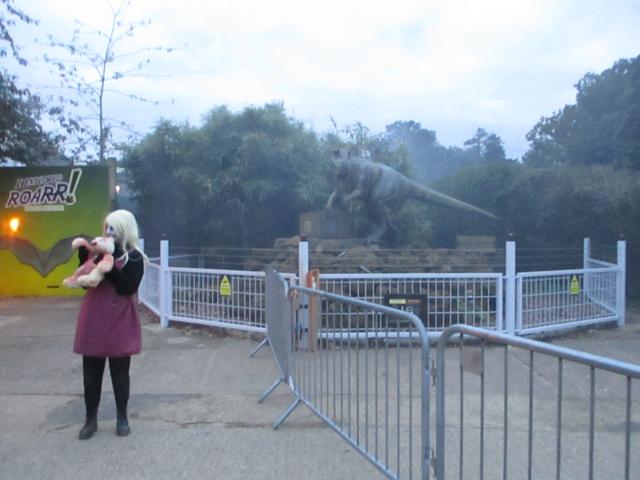 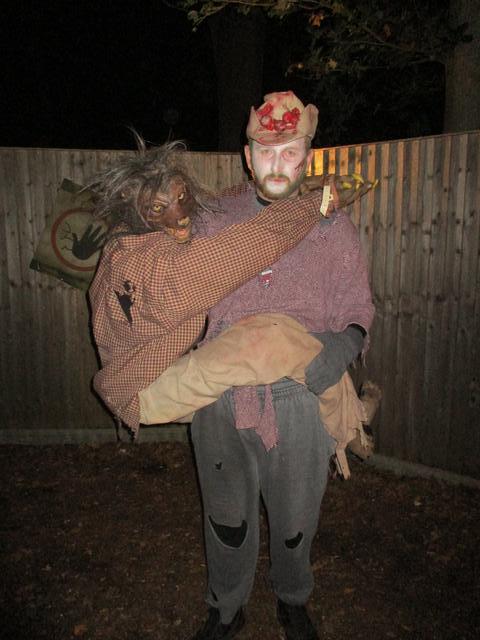 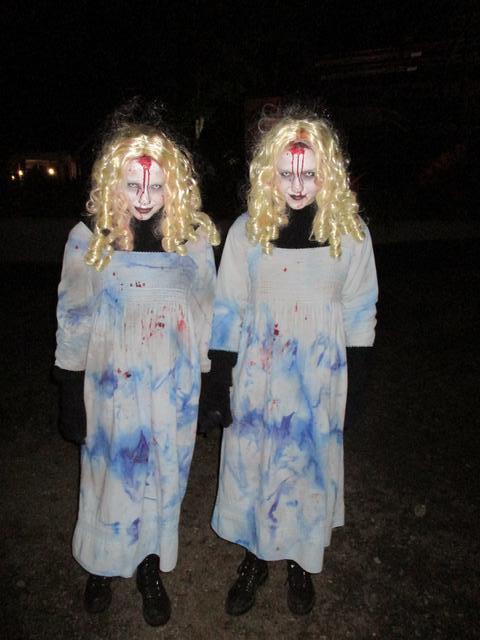 Some dinosaurs models inside 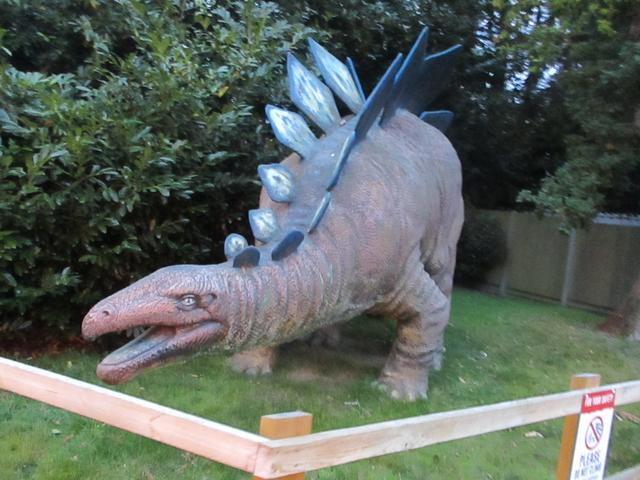 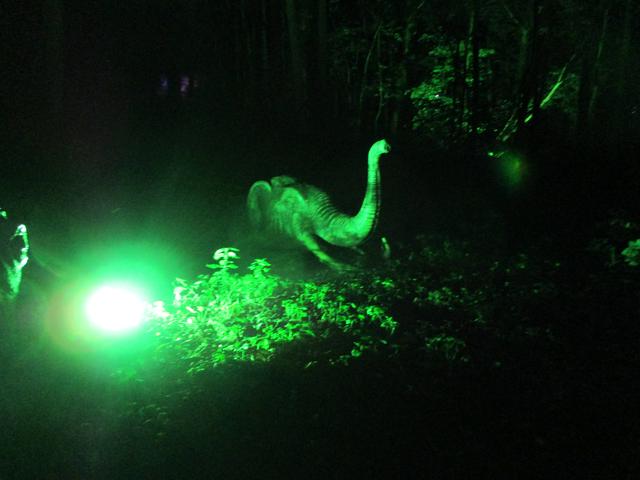 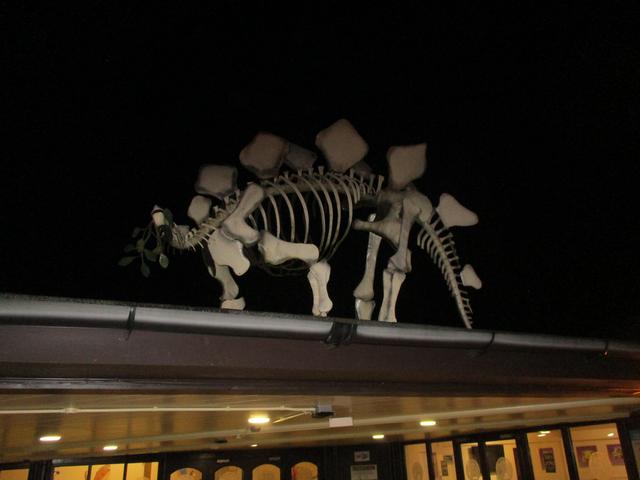 The bar and food area 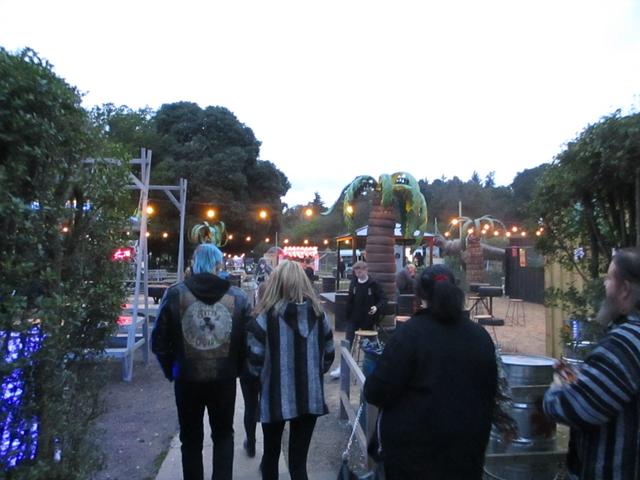 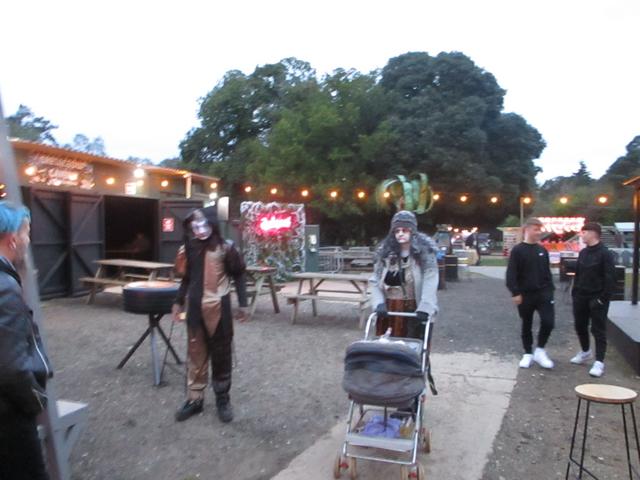 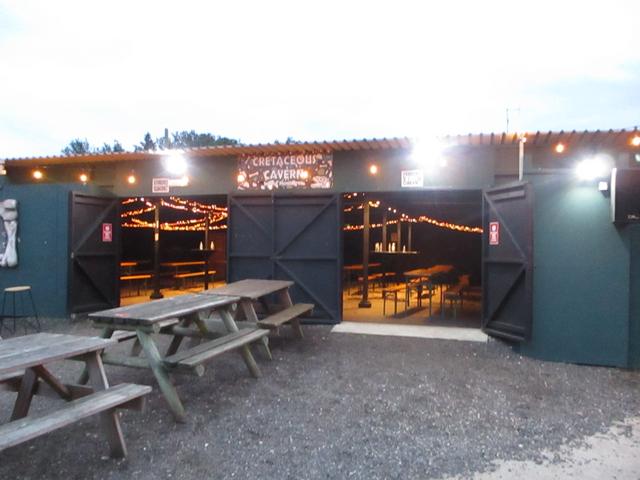 The price of the event depends on the day and what ticket you purchase. A basic ticket will get you one go in all the haunts (scare mazes). You can also purchase a fast track ticket that will allow you to jump the queues. I myself go for the VIP ticket, which works out about twice the price of the basic ticket, you get unlimited fast track and entry to all the haunts as well as a free drink from the bar.

There are 5 haunts (scare mazes). They usually have scare actors in and some will also contain some animatronics and electrical effects that can make you jump.

My first Haunt was the Circus Of Terror, Freaked Out 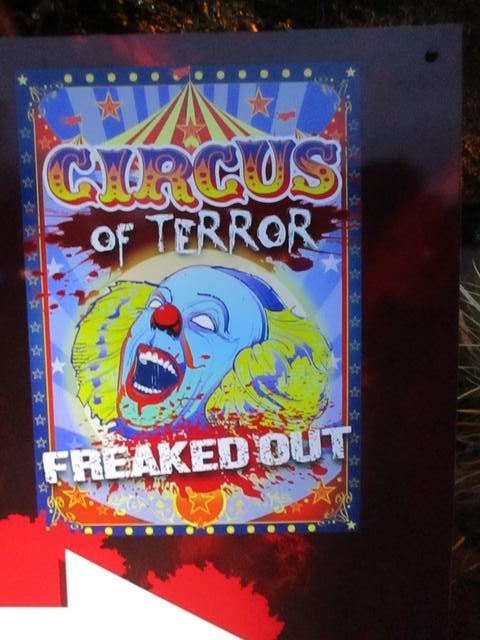 This is like a fun house with scare clown actors inside. You will go through two revolving tunnel, a ball pit, a large turn table floor room, a air wall tunnel, a giant puppet clown that moves towards you, rooms with multiple doors and you need to pick the only one that opens and a chainsaw wielding clown 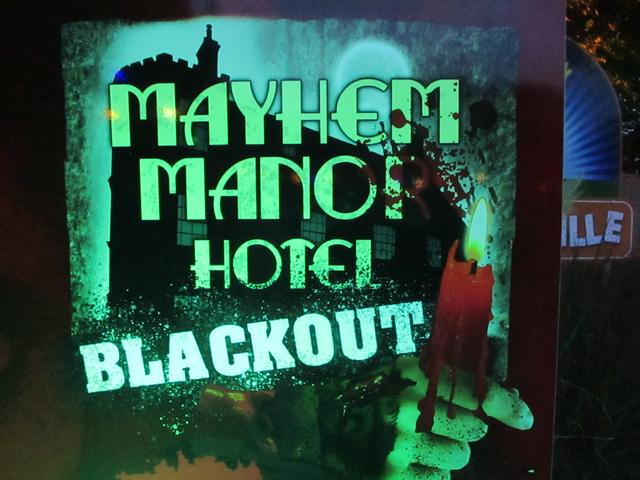 You are given a lantern to hold and you make your way through different themed rooms. As you pass through different rooms, the lantern changes colour, strobes or goes out. There are scare actors waiting to jump out at you.

The lantern was new this year and was a nice touch

The Crypt, Repent Your Sins made a return this year. 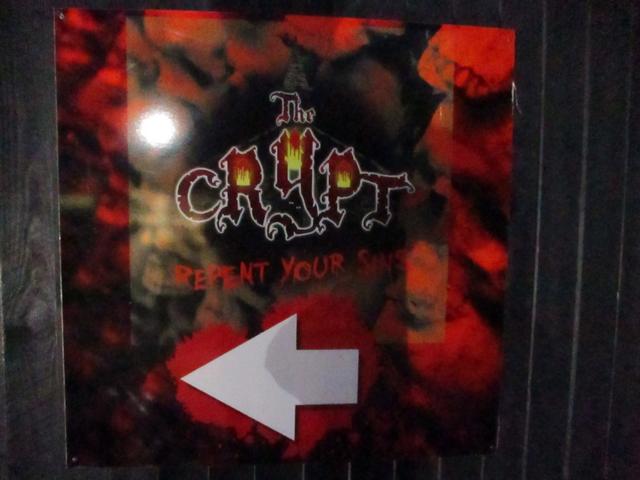 The outer building is nicely themed 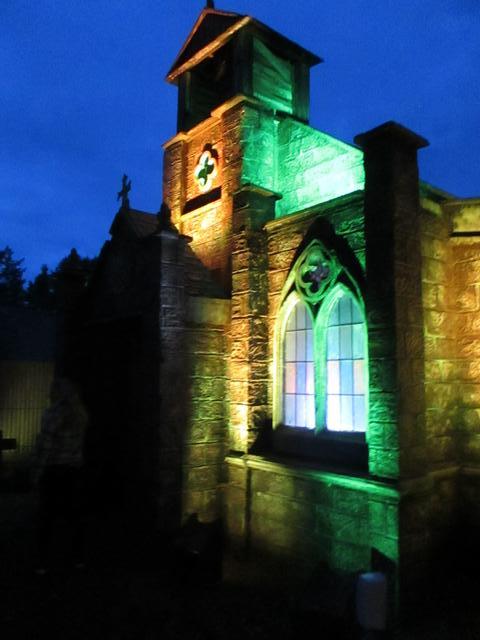 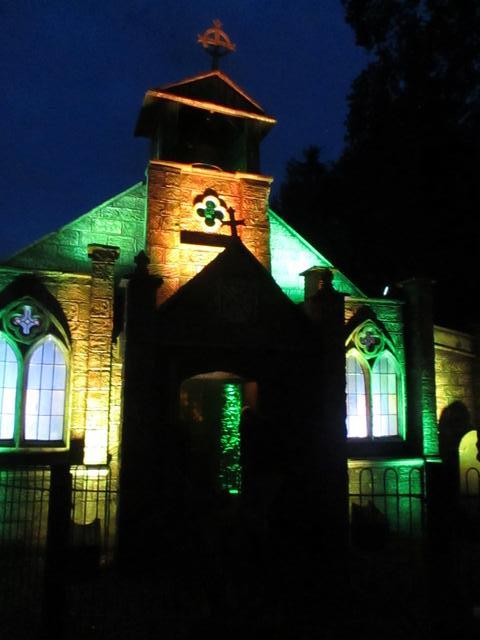 You make your way through some dark corridors where you can't see anything, total darkness until a scare actor dressed up as a nun suddenly lights up her face inches in front of you. They extended the maze by adding an outdoor section which I felt did nothing to add to the maze. There were no actors in the out door bit.

The maze also have a few animatronics scares too.

Insanitorium Infected entrance was move to a new location this year. 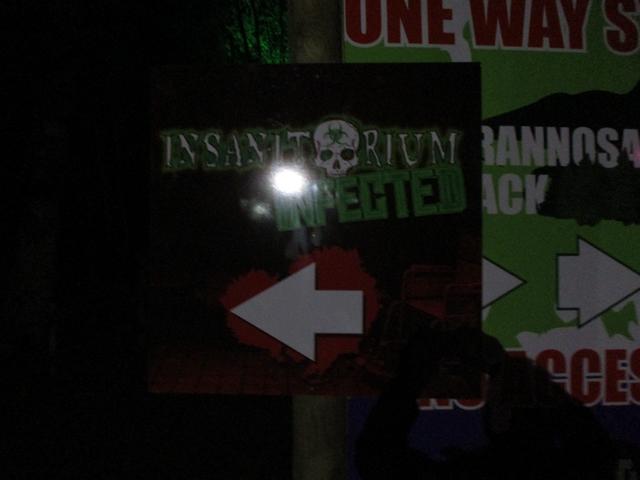 You are given a pair of large headphones that you wear, these blast out base music and you make you way through a large marquee that contain strobe lighting, smoke and zomies scare actors. You exit the marquee and then enter the large farm barn with more of the same with strobe, smoke and zombies.

Route 666 was probably the biggest disappointment for me 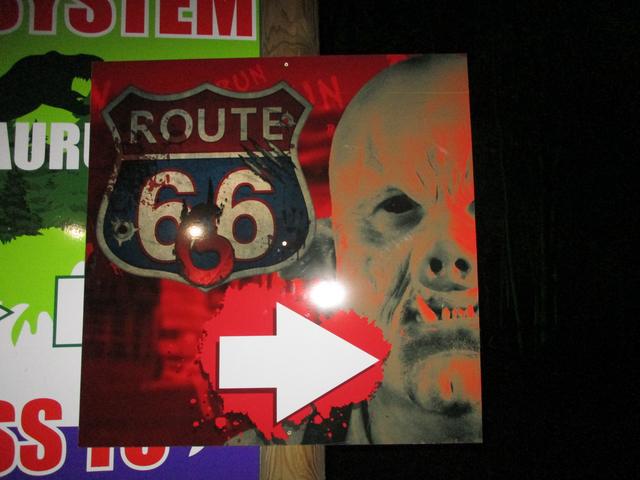 This haunt takes place along the dinosaur trial which is a long walk from the bottom of the park up a hill to the top. Usually this haunt has various scare actors throughout the walk with a firepit half way up being manned by a scare actor.

This year I only had a couple of actors jump out at us for the first part before we were told to put on a hood and hold onto the rope beside us. The hooded part was a new thing they were trying out this year, but I felt it didn't really work for this maze. The hoods wasn't fully opaque and you could sort of see through them with the lights shining through them. So you could see the few scare actors near you which ruined the surprise/scare. For most of the hooded section, there appeared to be nothing really happening, you wore the hood for what seem like an eternity with nothing happening and it made up most of the long stretch of the walk.

So back to the Route 666, after the hoods have been removed, there were a few scare actors camouflage in tree outfits that suddenly jumped out at you. The best part of Route 666 was the village that you go through before you exit. It has numerous scare actors including actors wielding chainsaws. Just one last scare as you exit, a hog like puppet monster suddenly appears out of the shack with its eyes lit up and bellowing smoke.


This year I felt that overall, the event lacked the usual number of scare actors in the mazes, but then I felt the same with Alton Towers Mazes. OK the Event is on a budget and the acting are by the staff, but none and less the scares are there and it is a fun event to do.

I certainly wouldn't travel across the country to visit PrimEvil, but it is right on my door step and it is the best that Norfolk has to offer in the way of scare event. I certainly will be back next years event.
Top
Post Reply
2 posts • Page 1 of 1