Theme parks and attractions from another point of view!
https://www.attractionsource.com/forum/

by Zach
With the news coming today and it being all but confirmed by the resort, it’s fair to say that we will be getting some new flat rides for 2021.

It would appear that they will be temporary, and to fill the void left by rides unavailable due to Covid-19 restrictions, and those removed over the last decade. They look like they are hired in and only a stop gap.

It's rumoured that we are getting four rides; Super Trooper, Twist, Waltzers & Dodgems. The image going around today confirms a Super Trooper on the old Ripsaw site, but the other three are yet to be confirmed. I’m sure images will begin to surface soon.

What do we all make about this? I’m mixed emotions, happy we are getting more flats but it feels cheap.

by Mr_Gibson
I’m slightly worried because of the old adage “there is nothing more permanent than a temporary fix”. Alton Towers had always been about offering more than you can get at the local fair so I do hope these are temporary, it’s a cheap quick fix but I hope they invest in some properly themed flat rides!

by Stripes91
What pictures?

by Chris
Not sure who took the photo, but this photo has been circling social media:
This is the actual ride:

by Chris_c_4
Personally, I'm not a massive fan of the idea of fairground rides being placed in a theme park environment. However, given the unusual circumstances at the moment, I can see the idea of increasing the ride lineup temporarily - especially at a time when 'indoor attractions' cannot open.

I hope that long term, the park will be able to invest in more permanent replacements to fill the gaps when these rides leave - weather this be some flat rides/dark rides/shows etc.

I wonder how these rides will be presented? Will they be direct from the fairground - complete with music? Or will they try and make them fit in a bit more - maybe with music and signage to match the area?

by HeidiCoaster
I really am anticipating that the new fairground rides will have at least some level of theming, as introducing fairground rides is already out of character for Towers and a total lack of theming will only make it more so. Personally, I don't think its an awful decision, whilst temporary it seems like a clever, quick fix to the two problems of 1) the lost revenue of last year, and 2) the inability to open any indoor rides for the first month of this years season. All opinions aside, I'm sure we could all agree that a cheap, temporary move like this is MUCH better than a permanent retheme of a very popular ride, as we saw with Air after the Smiler crash.

by abigsmurf
It's good having some crowd soaks and hopefully they'll have some 'all age ranges' flats too (as most of the rides they closed were those types). Hope there's at least one Waltzer or breakdance ride. In the previous lockdown easing I simply couldn't justify going to the park with family as there were too few rides for some of them to go on.

However it is a theme park, you want theming. I'm also not sure how well used travelling fair rides would cope with running 7 days a week at full capacity. Going to need a lot of maintenance. There's also the issue of next year when people come back and these rides are gone. Maybe if they're popular we'll see them replaced with things like the Croc Drop

by cookiee_munster
i'm apprehensive. it's great the fact that the park are addressing the lack of flats now, but the whole temporary thing makes me feel a little nervous that things wont really get replaced with a proper estabolished well themed flat ride, which is what the park is really screaming out for.

by Chris
Yep, I share your concerns. But thinking positively, I am hoping this is a business case to show Merlin that these rides are needed in permanent form for next year.

by lewis97
Alton Towers has today confirmed full details of ‘The Retro Squad’, a collection of three retro-inspired pop-up rides which are due to feature as part of the ride line-up in 2021.

TowersTimes News has an overview of today's announcement and an introduction to Roller Disco, Mixtape and Funk'n'Fly.

Talk of these attractions has been around for a little while now with mixed feelings towards them, however the Resort have certainly taken a fun approach to marketing and branding them. What do others make of these additions? 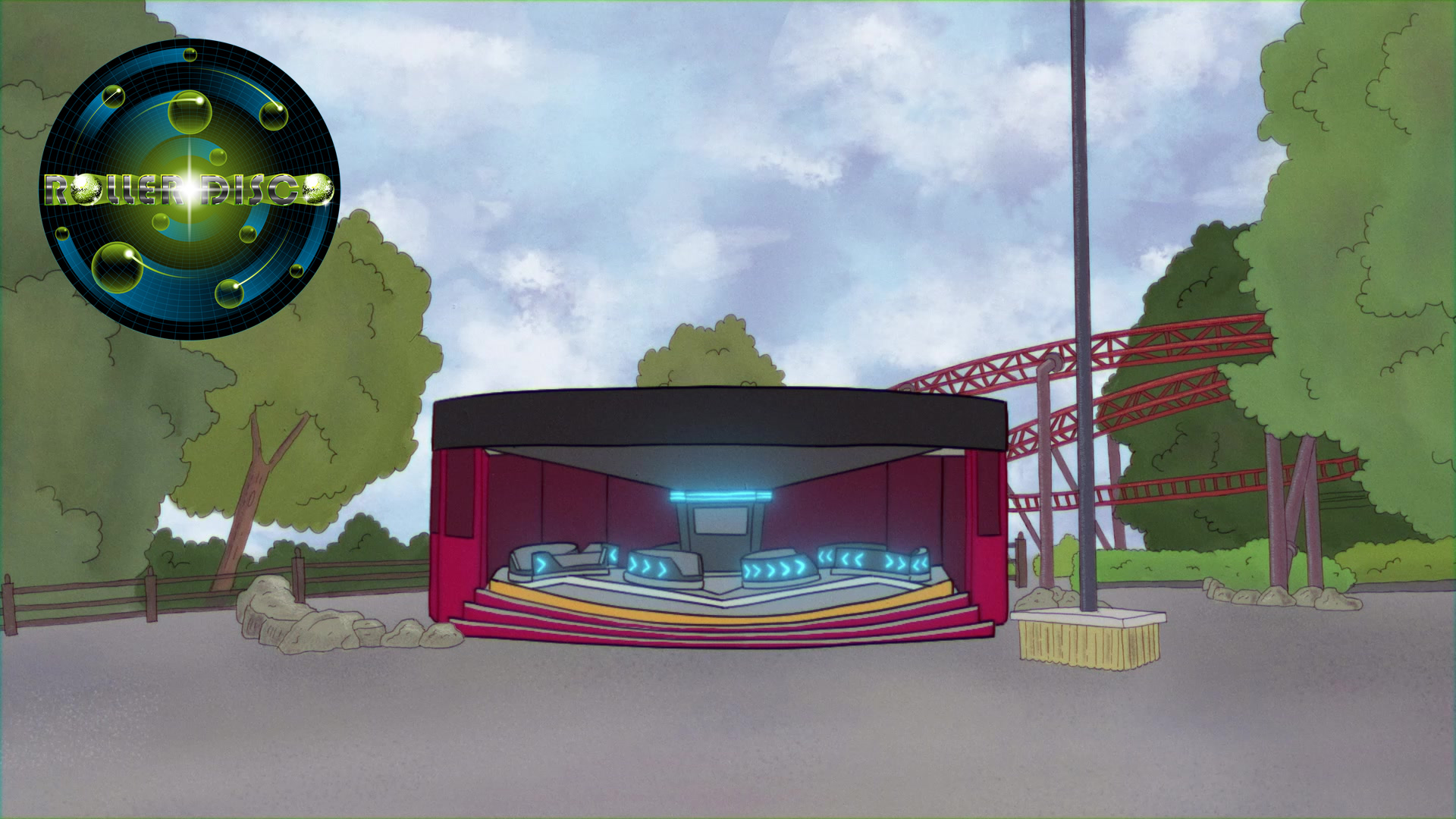 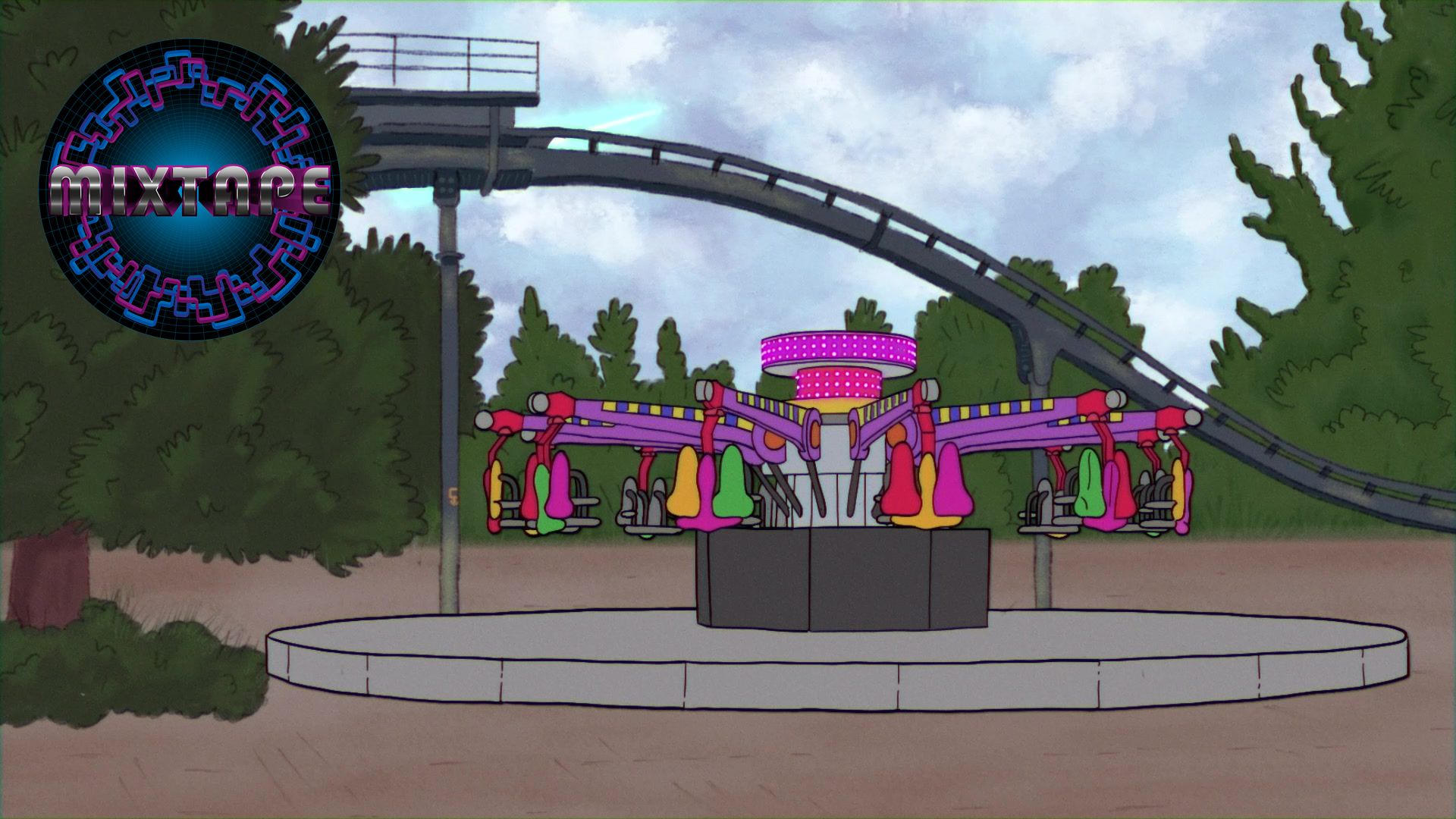 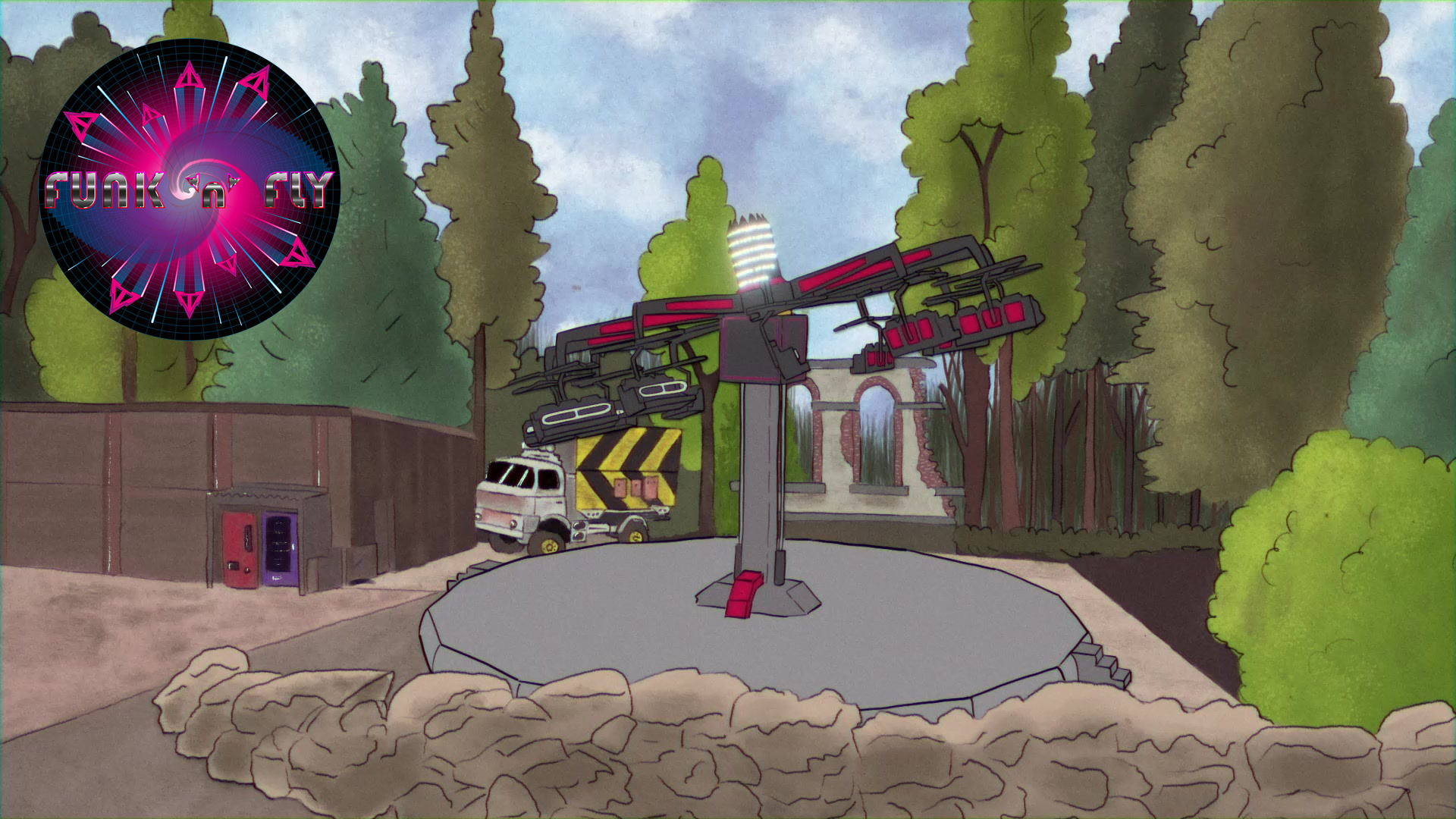 by cookiee_munster
I think its great that the park have invested in a few flat rides that really are needed right now. What i really hope is that they don't become a permanent addition, But if they were to, that the park would theme them properly to fit within the specific areas.

by abigsmurf
Might be a bit at odds with the Mardi Gras event...

Hope they can get some ride operators who're able to have some fun and interact with the riders like you get at some fairs.

by Chris_c_4
Has anyone else ridden the Retro Squad yet?

) so I'm probably not the best person to review them, but I did manage to get on them all on Tuesday!

Personally, I thought that Mixtape is probably the better of the three. The ride experience was fairly different, and it probably sticks out the least. The queue was fairly large whenever I went past - so presumably, it's doing its job at spreading people around the park.

Funk 'n' Fly was a bit more nauseating than I thought it would be - although it's nice to have another ride back in that area instead of HB leisure games!

Roller Disco really doesn't blend into the area at all - but I guess that this isn't helped by the new tarmac in the area and the signage that waltzers have. I was however surprised about how new it looked! I think it's good that they didn't get three tatty rides, they all look quite new and shiny at least!

Overall I think the idea of trying to increase capacity across the park works fairly well. I also understand that it was probably not feasible to get anything more permanent looking in the timescale required.
I will also give them credit that the 'Retro Squad' branding is quite clever. The use of 80s music was a nice touch too - but I am hoping that they might spice up the playlist with the Retro Squad theme by Simon Allen every hour or so perhaps?

by Bert
I loved riding Mixtape! The ride provided so much airtime that everyone who rides pretty much comes off laughing! The ride fits so well into the park lineup as there isn't really another airtime focused ride in the park. As for the theme, other than the colour scheme of the ride itself, the look of the ride and the neon style signage fits X-Sector oddly enough, I'd love it if the park installed a permanent model of the ride with potentially some theming or even potentially some effects like lasers or smoke.

As for rollerdisco, This ride wasn't very popular as both times I went on it there was no queue at all but I guess there isn't much traffic at that end of Dark Forest unless you're walking by to get into the queue for 13. The ride cycle is nice once you get spinning as it can be quite fun. It doesn't fit as well as Mixtape but I think it will be fun to ride at Scarefest with its lighting package and hopefully Darkest Depths further down the path would lead to more traffic towards the ride.

As for Funk N Fly, I didn't ride it but it was nice to see the spot that Ripsaw once sat have people stand around and watch the ride rather than there just being another dead spot, this ride also seemed to be pulling queues as well so I'd love to see something take it's spot in the future.

I've never been a flat ride or fairground person but I think the Retrosquad is quiet refreshing to ride lineup and definitely give the park a better atmosphere with the rides acting as a good breakup of constant rollercoasters all day!

by abigsmurf
That Retrosquad theme is seriously good, Final Countdown meets Hall of the Mountain King.
All times are UTC+01:00
Page 1 of 1